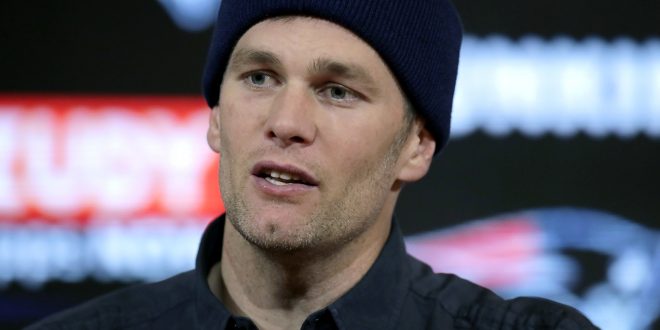 Get all the latest news on coronavirus and more delivered daily to your inbox. Sign up here.

Newly signed Tampa Bay Buccaneers quarterback Tom Brady was asked to leave a park in the city that had been closed to limit the spread of COVID-19, according to Mayor Jane Castor on Monday.

The New England Patriots legend, who won 249 games and six Super Bowls with his former team, reportedly wasn’t given a pass to work out at a public space after making the Sunshine State his new home.

“I got to tell you this story, too. I always tell people, ‘Now I’m not one to gossip so you didn’t hear this from me,’” Castor said in a Facebook live chat with St. Petersburg Mayor Rick Kriseman on Monday.

“But you know our parks are closed down and so a lot of our parks staff, they patrol around just to make sure people aren’t doing contact sports and things and saw an individual working out in one of our downtown parks. And she went over to tell him that it was closed and it was Tom Brady.”

Kriseman then responded, “Oh my goodness.” To which Castor replied, “Well, there you go. He has been sighted.”

The City of Tampa later tweeted, “Sorry @TomBrady! Our @tampaparksrec team can’t wait to welcome you and our entire community back with even bigger smiles — until then, stay safe and stay home as much as you can to help flatten the curve.”

The four-time Super Bowl MVP left the Patriots and signed a two-year, $50 million contract with the Bucs in free agency, joining a team with the worst winning percentage in league history.

The Associated Press contributed to this report

Previous An old vaccine could be a new godsend for coronavirus
Next Tom Brady kicked out of park closed due to coronavirus, mayor says