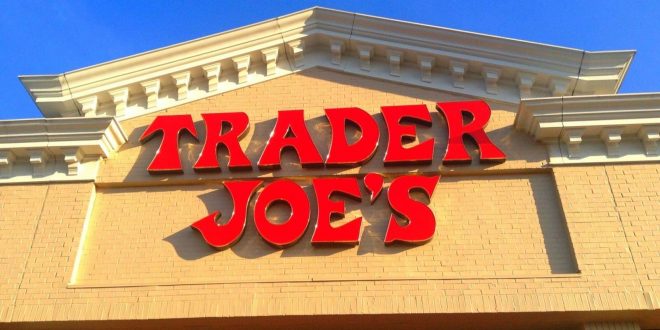 The founder of the popular grocery known for its beloved private label wine dubbed “Two Buck Chuck,” died at his Pasadena, California home.

Born on June 3, 1930, Coulombe was raised on an avocado ranch in Del Mar, California, near San Diego. He served a year in the Air Force and got a bachelor’s degree in economics, followed by an MBA from Stanford University in 1954.

Coulombe met his wife, Alice Steere, at a party while in college. They married in 1952, when they were both in graduate school, and went on to have three children.

Save better, spend better:  All the money tips and advice delivered right to your inbox. Sign up here

In 1958, Coulombe went to work for Rexall Drugs, where he was tasked with creating a group of convenience stores similar to 7-Eleven. He worked without pay in a grocery store to better understand the business.

The new chain was called Pronto Markets, and when Rexall eventually decided to shut it down, Coulombe bought the locations and ran the stores himself.

But in 1967, 7-Eleven  was opening more locations in California. Rather than taking them on, Coulombe decided to launch a new, vastly different chain. He started Trader Joe’s with a store in Pasadena, California.

The grocery chain was quirky from the beginning. Coulombe based the store’s nautical décor on a book he’d read called “White Shadows in the South Seas,’’ as well as his experience visiting the Jungle Cruise ride at Disneyland, according to the company’s website. Employees were dubbed captains and first mates who wore Hawaiian-themed shirts.

The stores were unique in other ways. His mother-in-law and father-in-law had been academics who enjoyed dining on fresh seafood and quality, yet affordable wines. Trader Joe’s would cater to those with similar, sophisticated tastes who were also on a budget.

Trader Joe’s became known for a selective array of premium foods available at low prices. Coulombe sampled and chose everything his stores sold and invited employees and customers to tastings.

In 1972, Trader Joe’s also introduced its own private label products, starting with granola and later incorporating items ranging from coffee to apple juice to heat-and-serve entrees. Coulombe would use images from 19th-century advertisements for the labels and named the items himself.

Coulombe sold Trader Joe’s to the German grocery retailer Aldi Nord in 1979.  He retired from the company nine years later.

We tested Trader Joe’s cheeses and used the best ones to make an epic cheese board. Here’s how to make it at home!

Trader Joe’s stayed true to its roots as it grew

Since then, the chain has grown from 19 stores, all based in California, to more than 500 locations in 42 states as well as Washington, D.C.

Even as it expanded, Trader Joe’s has stayed rooted in the same environmentally friendly, offbeat hallmarks that have made it one of the most popular groceries in the U.S.

In 2002, it introduced the Charles Shaw label to its wine selection. The award-winning wine became a beloved pop culture fixture known as “Two-Buck Chuck’’ because it was so affordable.

Trader Joe’s was also ahead of the curve in ensuring its private-label offerings didn’t contain artificial flavors, colors or preservatives, a standard Coulombe established starting in the 1970s. In 2007, the company said it would cut out artificial trans fats as well.

Coulombe anchored a “Food and Wine Minute” that aired on local radio in Los Angeles where he spoke about his visits to the world’s wine regions and gave tidbits of food trivia. He ended his segments by saying “This is Joe Coulombe of Trader Joe’s.”

In retirement, Coulombe and his wife also supported a variety of cultural institutions, including the Los Angeles Opera.

Coulombe is survived by his wife, their three children, their spouses and six grandchildren.