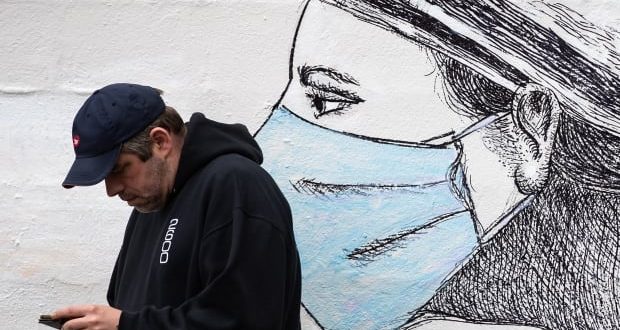 Prime Minister Justin Trudeau is expected to give an update this morning on the progress his government has made in the past few weeks on a contact tracing app to help clamp down on novel coronavirus outbreaks.

Prime Minister Justin Trudeau will update Canadians on the latest measures the federal government is taking to slow the spread of COVID-19. 0:00

Prime Minister Justin Trudeau is expected to give an update this morning on the progress his government has made in the past few weeks on endorsing a contact tracing app to help clamp down on novel coronavirus outbreaks.

Public health officials have been championing the practice of tracking people who may have come in contact with an infected person in order to get them tested and isolated, and the step is widely viewed as vital to a country’s pandemic recovery.

While most provinces are doing that laborious work with volunteers, conversations and negotiations have continued with technology companies for weeks about the development of smartphone apps to speed up the effort.

Last month, Trudeau said the government is hoping to publicly endorse one app to encourage its use across the country.

A spokesperson from the Prime Minister’s Office said Trudeau will give an update on that work during his 11 a.m. briefing outside of Rideau Cottage.

Apple and Google have teamed up in a rare software collaboration that notifies people automatically if they may have been exposed to the coronavirus. It uses Bluetooth wireless technology to detect when someone who downloaded the app has spent time near another app user who later tested positive for the virus.

The tech giants are providing the software, but public health agencies around the world will have to develop their own contact tracing apps. In an attempt to promote app use and avoid a patchwork of apps, Apple and Google are restricting use of their technology to one app per country — leaving some room for exceptions.

Alberta has been using its own app, called ABTraceTogether, for weeks now. That has some people worrying about a mishmash of apps across the country that could lead to confusing messaging, low uptake numbers and inconsistent data.

Today’s announcement will likely also receive scrutiny from privacy advocates, who have raised concerns about how much data these emerging technologies collect and how that information is stored.

The federal, provincial and territorial privacy commissioners issued a joint statement in May, meant to act as guiding principles before adopting any kind of technology to track Canadians.