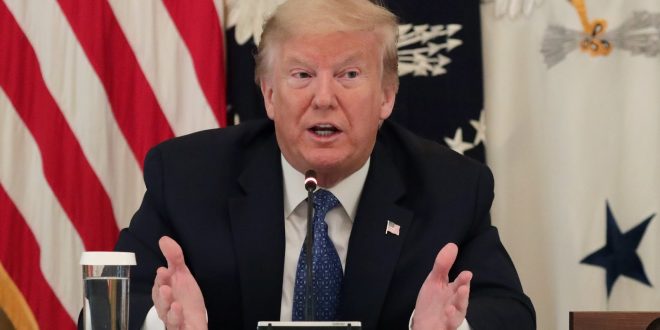 Trump defends use of hydroxychloroquine for Covid-19

US President Donald Trump has defended his use of a prescription malaria drug to try to ward off the coronavirus despite medical warnings, saying it was up to individuals to make their own decisions.

Without offering any evidence, Mr Trump told reporters during a visit to the US Capitol that he thinks hydroxychloroquine “gives you an additional level of safety” against the virus.

He added that “people are going to have to make up their own mind” about the use of the drug.

The US Food and Drug Administration has warned about potential serious side effects with the use of the drug in Covid-19 patients.

US Vice President Mike Pence – whose press secretary, Katie Miller, has contracted the coronavirus – told Fox News Channel he was not taking the drug.

“I’m not but I would never begrudge any American taking the advice of their physician,” Mr Pence said, according to a transcript of the interview.

He noted the FDA had approved “off-label use” of the drug when prescribed by a physician.

“My physician has not recommended that but I wouldn’t hesitate to take the counsel of my doctor. Any American should do likewise,” Mr Pence told the news channel.

Weeks ago, Mr Trump had promoted the drug as a potential treatment based on a positive report about its use against the virus, but subsequent studies found that it was not helpful.

The White House physician, Sean Conley, said in a memo released late last night that he and the president had discussed the evidence for and against taking the drug and had agreed that “the potential benefit from treatment outweighed the relative risks.”

Meanwhile Mr Trump has said he is considering imposing a ban on travel from Brazil, which has the world’s third highest number of people infected by the novel coronavirus. 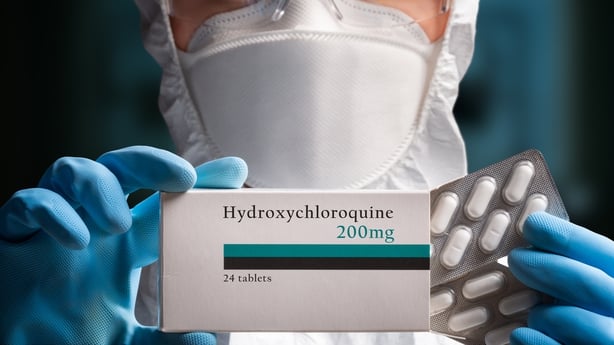 “We are considering it,” he told reporters at the White House.

Separately the US Treasury Secretary, Steven Mnuchin, has defended the Trump administration’s fiscal response to the coronavirus pandemic.

He told US senators he was willing to consider extending and modifying a payroll loan programme for small businesses.

In a sometimes testy hearing before the Senate Banking Committee, Mr Mnuchin and Federal Reserve Chair Jerome Powell said the nearly $3 trillion in federal rescue programmes rolled out over the past two months were working to support an economy devastated by the coronavirus.

The Treasury and Fed chiefs faced tough questions over whether the administration’s plans to quickly reopen the economy in the wake of lockdowns imposed in March and April would leave low-wage workers without adequate protections from the virus.

Congress is considering legislation to free up trillions of dollars of additional aid to further bolster the economy, help states and increase pay for essential workers doing dangerous jobs.

Mr Trump has been criticsed for initially downplaying the pandemic, which has now killed more than 90,000 Americans, and not ensuring enough medical supplies were in place to battle the virus.

Mr Mnuchin warned prolonged lockdowns would pose a “risk of permanent damage” to the economy.

Previous JUST IN | Grim Covid-19 projections for SA: 40 000 deaths, 1 million infections and a dire shortage of ICU beds
Next US coronavirus update: Latest news on cases, deaths and reopenings