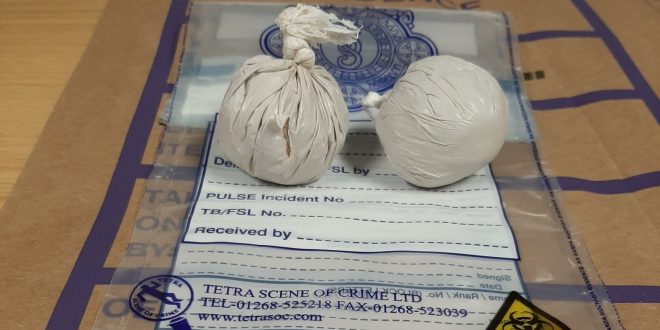 Two men are in custody after heroin worth over €7,800 was found in a car at a Covid-19 checkpoint last night.

The incident happened at around 7.40pm when an off-duty member of the Waterford Garda Divisional Drugs Unit saw a car which was known to him on the M9 motorway.

The car was stopped at a Covid-19 checkpoint at the Grannagh Junction roundabout which was being operated at the time, and searched by the divisional drugs unit.

Two identical quantities of suspected heroin were found concealed in plastic wrapping in the car, weighing 28g each.

The men who were in the car, aged 42 and 38, were arrested under section 15 of the Misuse of Drugs Act and brought to Waterford Garda Station.

They were detained under section 2 of the Criminal Justice Drug Trafficking Act and remain in Garda custody.