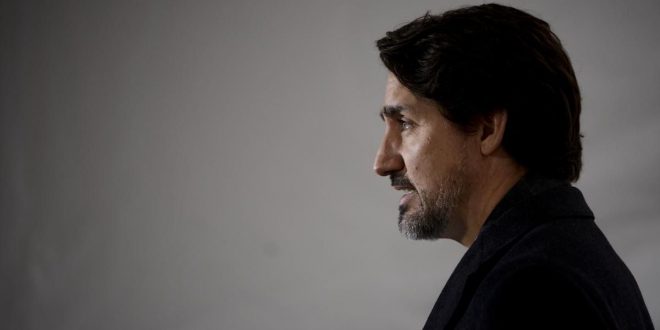 The latest novel coronavirus news from Canada and around the world Saturday (this file will be updated throughout the day):

That brings the province’s total to 98 confirmed cases, which includes 28 individuals who have recovered.

Officials say most of the cases are related to travel or close contacts of confirmed cases, but four cases are from community transmission and six cases remain under investigation.

Meanwhile, four patients remain in hospital, with one in the intensive care unit.

12:00 p.m.: Two more residents have died at the Pinecrest Nursing Home in Bobcaygeon, the home says, bringing the total number of COVID-19-related deaths there to 22.

The home says it is working with Public Health and the Ministry of Health to take the necessary steps to manage the outbreak. It has also increased staffing levels and is working to increase supports for its care team, including strict physical distancing for staff, and having staff wear full personal protective equipment at all times, the news release said.

11:30 a.m.: The Canadian government is giving more financial support to help the most vulnerable survive the COVID-19 pandemic, The Canadian Press reports.

Prime Minister Justin Trudeau announced $40 million will go to Women and Gender Equality Canada, with up to $30 million to address the immediate needs of shelters and sexual assault centres.

Another $10 million will be provided to Indigenous Services Canada’s network of 46 emergency shelters.

The government also says $157.5 million will address the needs of Canadians experiencing homelessness.

Trudeau says he will speak to U.S. President Donald Trump in the coming days after the White House ordered Minnesota-based 3M to stop exporting its surgical-grade face masks.

The Prime Minister says he’s confident there will be a solution.

Trudeau also says Canada is leasing warehouses in China to manage shipments of masks and will charter a flight to have millions of masks come back.

Tory says being able to pay rent is the biggest concern he hears from small businesses in the city.

He is imploring landlords to sit down with their tenants so they can work out a way to help businesses make their rent payments at a later date.

The Ontario government banned evictions for residential tenants in March by cancelling all Landlord and Tenant Board hearings.

10:30 a.m.: Ontario’s local public health units are reporting an increase of 393 confirmed and probable COVID-19 cases and 15 deaths in the last 24 hours, according to the Star’s latest count.

One additional death has been reported overnight, the fifth in the Haldimand-Norfolk health region, south of Hamilton.

As of Saturday morning, the province reports that 506 patients are hospitalized with COVID-19, including 196 in intensive care units. So far, a total of 1,219 patients have recovered after being infected.

The province says its data is accurate to 4 p.m. the previous day. The province also cautions its latest count of deaths — 94 — may be incomplete or out of date due to delays in its reporting system.

The Star’s count of COVID-19 cases and deaths is based on the public tallies and press releases issued by Ontario’s 34 regional health units. It includes some patients reported as “probable” COVID-19 cases, meaning they have symptoms or contacts that indicate they very likely have the disease, but have not yet received a positive lab test.

A slower pace of fatalities and new cases though is offering hope that Spain’s outbreak may be edging toward a peak. Health Minister Salvador Illa said on Friday that the goal of slowing the epidemic was “within reach.”

9:00 a.m.: The Canadian Press reports that the region of York is closing 21 tracts of forest in response to the COVID-19 pandemic.

The tracts cover 2,300 hectares of land throughout the region north of Toronto. In all, 18 properties with more than 120 kilometres of trail are affected.

The closure is indefinite.

Municipalities across the province have shut public facilities to try to curb the coronavirus pandemic.

9:00 a.m.: The Associated Press reports that residents out shopping for groceries in the locked-down town of Romans-sur-Isere, south of Lyon, France, were attacked by a man with a knife Saturday morning.

Two people have been killed and as many as seven others wounded, three critically.

Media said the man slit the throat of a Romanian man who had gone out for his daily walk — in front of his girlfriend and son — then attacked three people in a tobacco shop and another in a butcher’s shop before entering a supermarket.

Police had a man in custody who claimed to be Sudanese. The anti-terrorism prosecutor’s office was evaluating whether the attack was motivated by terrorism after reports that the assailant shouted “Allahu akbar” (God is great) as he carried out the attack.

The new announcement follows Friday’s commitment of $100 million for organizations that help get food to Canadians who can’t afford groceries or who have uncertain access to food and other basic necessities, including Indigenous Peoples and remote northern populations.

In its first financial aid package, approved by Parliament last week, the federal government committed some $200 million to help shelters for homeless people and women and children fleeing domestic violence.

No details of how that funding is to be dispersed have been provided.

Trump wants the masks, which are critical to protect frontline health care workers, reserved strictly for American use.

Deputy Prime Minister Chrystia Freeland said federal ministers and premiers had been deployed to carry that message to their counterparts in the U.S.

She warned that the federal government is “prepared to do whatever it takes to defend the national interest.”

4:00 a.m.: British Columbia has temporarily modified its access to information and privacy act in response to COVID-19, lifting a requirement that personal data must be stored in Canada.

The province says the pandemic requires those who work for public bodies, such as health-care workers and teachers, to use digital communication tools that are normally restricted.

There are limits on the information health-care bodies can disclose outside Canada, so the tools can only be used to communicate about COVID-19, says the ministerial order that allows the exemption.

Other public bodies, such as educational institutions, can also disclose personal information outside Canada through the use of third-party applications under certain conditions related to their own operational requirements and the public health response to the pandemic. The disclosure of personal data must be minimized overall, the order states.

Although the new provisions are limited and temporary, advocates for privacy and civil liberties are watching closely.

There are 12,954 confirmed and presumptive cases in Canada.

Previous ‘Free is insulting’: Theatre awards winners vent on funding proposals
Next COVID-19 outbreak in Libya could be ‘catastrophic’ for migrants