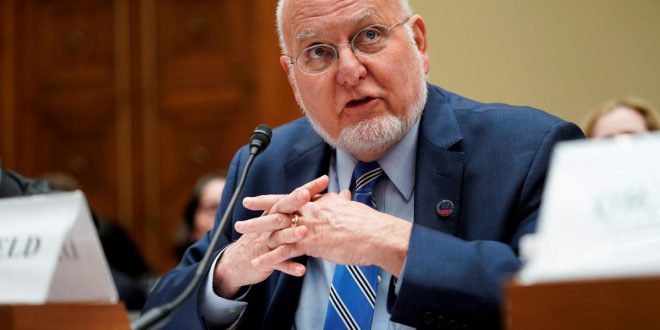 (Reuters) – Three key U.S. officials guiding the coronavirus response were in self-quarantine on Saturday after coming into contact with someone who had tested positive for COVID-19, according to a spokesman and media reports.

Anthony Fauci, a high profile member of the White House coronavirus response team, is beginning a “modified quarantine” according to a report on CNN. Fauci, who is 79 years old, is the director of the National Institute of Allergy and Infectious Diseases (NIAID).

Director of the Centers for Disease Control and Prevention Robert Redfield “will be teleworking for the next two weeks” after a “low-risk exposure” on Wednesday to a person at the White House who has the disease, the Washington Post reported on Saturday, citing a spokesman. Redfield is 68 years old.

U.S. Food and Drug Administration Commissioner Stephen Hahn, who is 60, is in self-quarantine for a couple of weeks after coming into contact with someone who tested positive for COVID-19, an FDA spokesman told Reuters late on Friday.

Hahn immediately took a diagnostic test for the coronavirus and the results were negative, FDA spokesman Michael Felberbaum said in an emailed statement.

“As Dr. Hahn wrote in a note to staff today, he recently came into contact with an individual who has tested positive for COVID-19. Per CDC guidelines, he is now in self-quarantine for the next two weeks,” the FDA spokesman said.

Miller, the wife of one of President Donald Trump’s senior advisers, tested positive on Friday, raising alarm about the virus’ potential spread within the White House’s innermost circle.

The diagnosis of Miller, who is married to White House immigration adviser and speech writer Stephen Miller, was revealed by Trump in a meeting with Republican lawmakers on Friday. A valet for Vice President Mike Pence has also tested positive.[nL1N2CP17G]

The White House declined to comment on any possible Fauci quarantine.

A representative for NIAID did not respond to a request for comment.

Reporting by Kanishka Singh in Bengaluru and Chris Prentice in Washington; Editing by Jacqueline Wong, Dan Grebler and Chris Reese