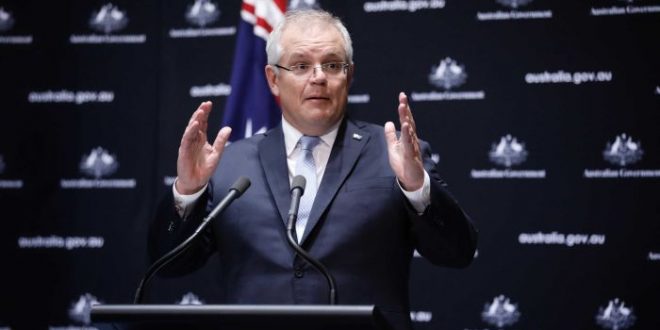 After recording more than 100 coronavirus cases in a week, many of which were locally acquired, Victorian Premier Daniel Andrews moved to reimpose some restrictions over the weekend.

Authorities have warned against travel travel to and from several local government area (LGA) hotspots.

Mr Morrison said it was likely there would be further outbreaks of coronavirus, but that the Victorian measures were appropriate.

“Localised containment, rings of containment have always been part of the plan.

“That’s sensible under the circumstances, and we’d hope that that would mean that some of those restrictions could be eased once the risk has passed.”

“What matters is that we’ve built the protections to deal with them.”

Residents warned against moving about

Victoria today recorded an additional 16 cases, 12 of which were acquired in Australia.

“School holidays are coming up so if you live in one of those areas, we don’t want you to fly to visit your family in Sydney or to go to country Victoria and potentially spread the virus,” Professor Murphy said.

“If you are coming from interstate and you have family in one of those areas, we would prefer you not to come and visit that area and potentially take the virus back.”

Ms Berejiklian similarly warned NSW residents not to visit the areas and urged them to reconsider their need to travel to Melbourne in general.

“Nobody from New South Wales should be travelling to those hot spots at this present time,” she said.

“People should consider whether they should be travelling to Melbourne at this point in time whilst community transmission is where it is.”