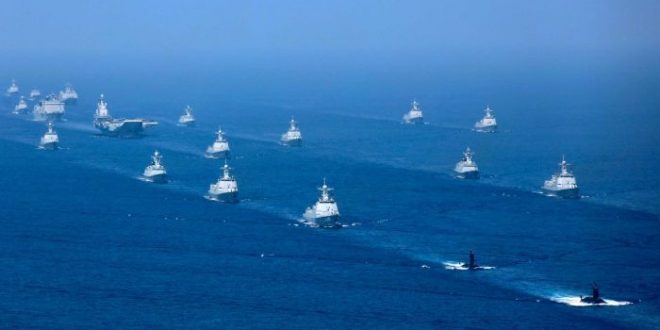 China has bolstered its presence in the South China Sea by setting up two administrative bodies on islands in the disputed water, dubbed “its youngest city”.

Beijing claims sovereignty over most of the South China Sea, directly challenging the territorial claims of its neighbours — the Philippines, Vietnam, Taiwan and Malaysia.

China has recently been pushing its presence in the energy-rich waters while other claimants are pre-occupied with tackling the coronavirus pandemic, prompting the United States to call on China to stop its “bullying behaviour” there.

On Saturday, Beijing said it had established an administrative district on the Paracel islands and another on the Spratly islands.

The two districts are under the control of China’s Sansha city, according to China Global Television Network.

“As one of the youngest cities in China, Sansha city was established … to administer the Xisha, Zhongsha and Nansha islands and their surrounding waters in the South China Sea,” the official Chinese Military website states.

It adds that Sansha city only has around 1,800 permanent residents, with the smallest land area and population in China.

A Chinese government survey ship was seen earlier this week tagging an exploration vessel operated by Malaysia’s state oil company Petronas in the disputed waters, and remained offshore of Malaysia as of Sunday.

Earlier this month, Vietnam lodged an official protest with China after the sinking of a Vietnamese fishing boat it said had been rammed by a China Coast Guard vessel near the Paracels.

Mr Morrison used a speech he gave in Hanoi to emphasise the importance of an “open, inclusive and prosperous Indo-Pacific neighbourhood”.

In 2016, an international court found China had no legal basis to claim historical rights in South China Sea.

Previous To Get Back to Work, Companies Seek Coronavirus Tests for Workers
Next Coronavirus updates: Progress, but the COVID-19 “beast is still alive”