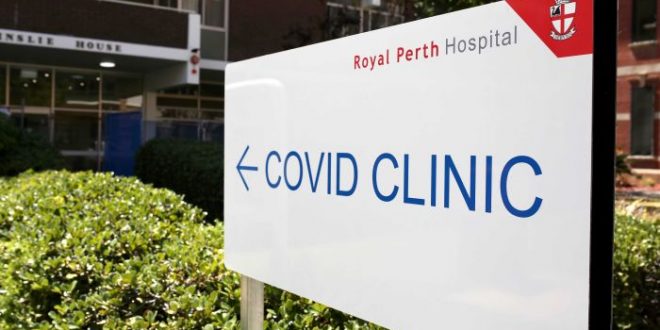 WA records ninth coronavirus fatality with death of 83yo woman, but no new cases

An 83-year-old Western Australian woman has died from COVID-19, after contracting the virus from a close contact.

The woman, who died in Royal Perth Hospital on April 30, had been admitted in mid-April and had pre-existing medical conditions.

She is the fifth Western Australian to die from the virus and the ninth person in the state overall, including four people from the Artania cruise ship.

It comes as WA recorded its fourth consecutive day with no new COVID-19 cases, meaning there have only been two more confirmed cases in the past week.

A total of 523 people have recovered, leaving 19 active cases across the State, including three in the regions.

There are eight patients in hospitals, with three in intensive care.

Gingin police have arrested a man who allegedly refused to comply with self-quarantine directions for the second time.

Mr McGowan said when police went to his home to serve him with a summons relating to the previous alleged breach, they again found he was not there.

He was arrested a short time later.

The man appeared in the Perth Magistrates Court on Friday and was remanded in custody, to reappear in court on May 11.

“We can’t afford to get comfortable or slacken off,” Mr McGowan said.

“Don’t be an idiot, we’re all in this together. Follow the health advice, follow the rules, keep social distancing and keep up the good personal hygiene.

“The more we do this, the sooner we can get back to normal.”

Mr McGowan indicated there may be further easing of restrictions after National Cabinet meets on Friday, but would not say what was being considered.

But he did not think it would include easing regional borders within WA, which he said had been crucial in helping keep the number of cases low.

The Premier said the history of pandemics showed there was often a second wave of a virus.

“So what communities often do is they drive down rate of infection and then everyone goes out and acts like it’s all better now, then the second wave comes through that is worse than the first,” he said.

“We want to make sure we get the rules and the changes right and they are cautious and considered, so we don’t get that second wave.”