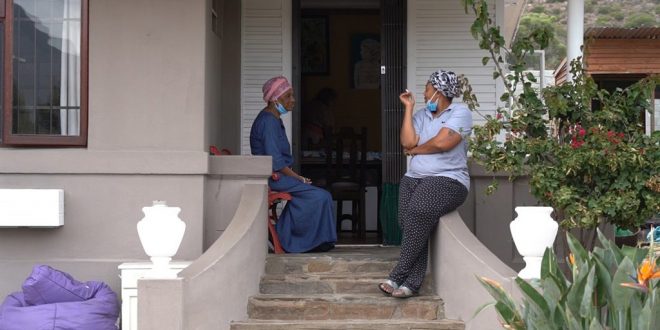 Shelters in the Western Cape have not experienced the expected influx of women and children seeking refuge from situations of gender-based violence during the lockdown.

This is according to Bernadine Bachar, chairperson of the Western Cape Women’s Shelter Movement and director of the Saartjie Baartman Centre for Women and Children.

On Monday, President Cyril Ramaphosa reported in his weekly newsletter that the number of calls to the GBV National Command Centre had increased since the lockdown began on March 27 of this year.

“We are seeing an increase in calls coming into the Gender-Based Violence Command Centre, but it’s important to understand that those are not always just GBV calls or survivors trying to access services through the command centre. It could be someone trying to access information on Sassa grants or the like,” said Bachar.

She said that, although GBV had increased globally during this time, and was something that she and her colleagues had anticipated, they had not seen a substantial increase “at all” in women trying to access shelters in the province.

“I’m not sure whether this is not something we’re going to be seeing as lockdown progresses, and people are getting increasingly frustrated at being confined to homes with perpetrators. So it might well be that that increase is coming,” she told News24.

Kathy Cronje, vice chairperson of the Women’s Shelter Movement and Director of The Safe House, told News24 that the number of referrals she had received picked up  “monumentally” since the two-week lockdown extension was announced by the president on 9 April.

READ |  Dr Glenda Gray: ‘There are dynamics about the coronavirus that we don’t know’

Cronje said that, since the announcement, she had seen five referrals in just one day and that they expected the number of women looking for access to shelters to continue rising.

“I don’t think life is going to be ‘normal’ again. We’re looking at semi-lockdowns and I’m not sure how it’s going to work in the future, but the longer people stay with the perpetrators, eventually they’ve got to get out and more and more people will be looking to come to shelters,” she told News24.

“The women coming into shelters will first go to one of these first-stage shelters for a period of 14-21 days and,, thereafter into the regular shelters,” said Bachar.

Here the women will be screened and then, depending on their status, they will be allocated to a particular room.

“At all times we have to think that everybody has Covid-19. In the isolation area, we’ve tried to keep everything in that area that they’ll need so there’s no way that they’ll need to come through the house and further spread the virus,” said Cronje.

The biggest challenge facing shelters during the lockdown was funds, she added.

“In an economic crash like we’ve had now, unfortunately NGOs and shelters will be the last people to receive money. People often do corporate social responsibility, but even the corporates have closed now, so we will be the last on the list when the money starts coming in again,” she said.

Previous Lawmakers in Canada, U.S. call for probes of Live Nation/Ticketmaster’s ‘outrageous’ refund policy | CBC News
Next 20 lakh ‘made in India’ testing kits per month from May