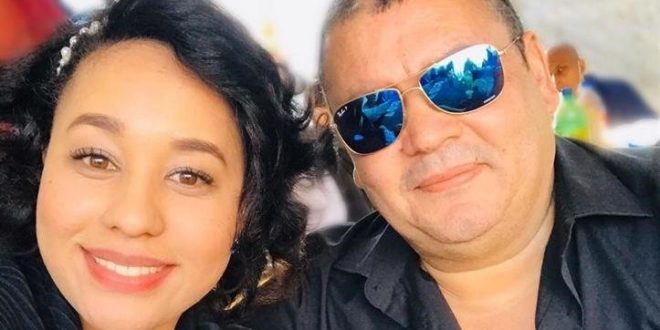 Just a day after discovering he had contracted Covid-19, a KwaZulu-Natal father succumbed to the deadly virus.

Keith William Smale, 51, was a father of three who loved his daughters and did his best to protect and shelter his family.

“He has always been that person who, if he was in trouble, would keep things to himself. He didn’t want us to know if something bad has happened. That was him.”

These were the emotional words from Shana-Lee Vanderbyl, a Pietermaritzburg hairdresser whose father died at Wentworth Hospital in Durban on 28 June, just one day after he was diagnosed with Covid-19. He would have turned 52 on 29 June.

“Lots of people were shocked that he went so quickly. It was such a short space of time after finding out he was positive, he was gone,” she told News24 on Thursday.

OPINION | Improper planning, poor execution: Why we are facing a Covid-19 storm

Smale, a hail smith by profession (one who repairs hail-inflicted damage on vehicles) would often travel to different parts of the country for work.

“He was in Kimberley last month and he was fine. He drove back by himself, then he was in Kokstad and I think that is where he picked up the virus,” said Vanderbyl.

She said her father showed general flu-like symptoms when he last visited his daughters.

“In all honesty, I don’t think he even knew how sick he was.”

How did it all unfold?

“I got really sick and had a bad chest infection, and everybody first thought it was coronavirus. I was in and out of the hospital and had x-rays and the coronavirus test done which came up negative.”

She said her father fell ill a week after her.

“He got sick a week after me. He thought it was the flu and was taking pills for that. He did the most to keep going.”

Vanderbyl said the last time they saw him was two weeks before he passed.

“He gave us sanitiser and was warning us about Covid-19. He was literally living his life trying to protect us from this virus.”

She said his symptoms included red eyes and coughing.

“He did not want to spend any time with us because he knew I was sick and still recovering. He actually stayed quite clear from us and didn’t touch anything.”

She said Smale then returned to his Durban home. Then, dad was gone…

“We tried to call him for about two days but could not get hold of him. It was his birthday on Monday, 29 June and we were looking forward to celebrating him.”

Vanderbyl said they discovered he had not answered his phone because he was unwell.

“It was the first time he had been so sick. He was admitted to hospital and they did a Covid-19 test immediately. Before that, he did go to a doctor in Durban, but the doctor did not diagnose him or bother to check for the virus. We are following up on this as a family.”

READ | Covid-19: ‘Why did he not eat for 48 hours?’ – father wants answers after son dies in hospital

She said his Covid-19 test had turned out to be positive.

“He was in the hospital for a few hours. The evening of Saturday 27 June he was admitted. He is also a diabetic and has heart disease. I think it all took its toll because by the next day he was gone.”

Vanderbyl said the last time she had spoken to her father was via WhatsApp about a week before his passing, saying: “I’m so sorry you’re sick dad, please get well soon”.

“It was just flu symptoms, but in just a matter of a week or so, he was gone. It was so fast and unexpected.”

Dad was trying to save our house

She said her family was still grieving the loss of her 69-year-old grandfather who was killed just three weeks ago in a car accident.

“It’s really difficult. There are two good, humble guys in our lives that we’ve lost. God always takes the best. We are devastated it had to be those two. We also lost an uncle in February this year.”

READ HERE | Netcare sets up free-standing mortuaries at some hospitals

Vanderbyl said Smale had been “working hard” to try to save their family home.

“I’m a hairdresser and, during the lockdown, I was not allowed to work. He had to help out and that is just how it went.”

She said her family was finding it difficult to come to terms with his death.

“I mean, 52 is not really old. The family are questioning everything. I keep telling them you don’t question God. It happened and it happened to one of our best. There’s nothing we can do. It’s just how God wanted it to be I suppose. We are a big Catholic family and believe in our faith, but this year has been the worst for all of us.” Shana-Lee Vanderbyl and her dad Keith William Smale, who died of Covid-19.

You should wear your mask

Vanderbyl said she wanted South Africans to know the importance of physical distancing, wearing a mask and hand sanitising.

“Think about somebody next to you or the person that you love, because once you lose them, there’s no turning back and you will be sorry that you didn’t listen. This virus kills and people think it’s such a joke.”

She said assumptions that Covid-19 was “just like the flu” were dangerous.

“Many are saying it’s just a flu and it’s not a big deal. I am telling you it is a big deal. Seeing my dad like that, it’s not something that’s fake. It’s real because people are dying every day around us and people are just carrying on like its nothing.”

Vanderbyl warned that losing a family member to Covid-19 was a deep loss, even when saying one’s farewells.

“When someone passes on from Covid-19, you are not allowed to see them whether they are deceased or still alive. They take you and isolate you if you are still alive. If you can’t breathe, they put you on a ventilator, but he didn’t even get to that point. He just went straight away. Once you are deceased, they treat you like you are a virus.”

ALSO READ | Covid-19: Heartbreak as dad dies 4 days after beloved wife, the morning of her funeral

She said his body was kept in two plastic bags at the mortuary.

“Once the funeral parlour gets there to pick the body up, the bag has to be stapled. We are not allowed an open casket. Being Catholic we are disheartened that we cannot give our dad a proper burial at a cemetery.”

She added: “Unfortunately, we have to cremate his body and [it] is something we did not see coming. My dad is someone that never took a funeral policy. We organised everything from our own pockets. All we have [are] thoughts of how we last saw him and that is it.”

‘We could not even see his body’

Vanderbyl said they had attempted to view his body at the hospital after he died, “but they said this is not allowed”. Tamika Shayle Smale seen with her father Keith William Smale, who died of Covid-19 in KZN.

“That’s the kind of mess we’re in right now. In terms of the funeral, we went to our Catholic church and they said they are not doing Covid-19 funerals. There are many churches turning us away saying they don’t know how to deal with the funeral that only lasts one hour.”

She said family members were also reeling because they could not attend his funeral.

“We have so many people who want to come to the funeral and they cannot. It’s 50 and that is it. Everybody has to wear a mask, we have to keep our distance. I haven’t hugged anyone in three weeks, and I feel so emotional, all I want to do is hug someone.”