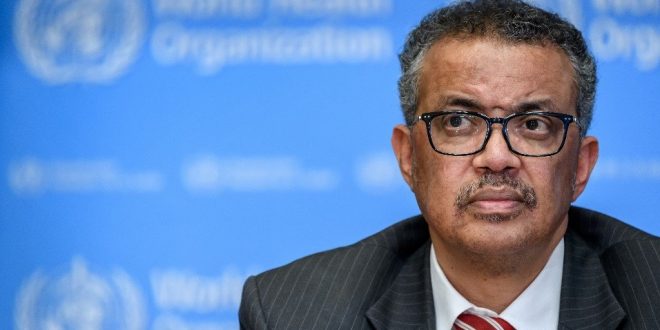 WHO sounds coronavirus siren in Africa: ‘prepare for the worst’

Sub-Saharan Africa has recorded its first Covid-19 death, a high-ranking politician in Burkina Faso, as the head of the World Health Organisation urged the continent to “prepare for the worst”.

“Africa should wake up,” Tedros Adhanom Ghebreyesus told a news conference in Geneva on Wednesday, pointing out that “in other countries, we have seen how the virus actually accelerates after a certain tipping point”.

Africa has lagged behind the global curve for coronavirus infections and deaths, but in the past few days has seen a significant rise in cases.

Experts have repeatedly warned about the perils for the continent, given its weak health infrastructure, poverty, conflicts, poor sanitation and urban crowding.

Medical authorities in the poor Sahel state of Burkina Faso announced Wednesday that the number of infections there had risen by seven to 27 – and that one of them, a 62-year-old diabetic woman, had died overnight.

The country’s main opposition party, the Union for Progress and Change (UPC), said in a statement that the victim was its lawmaker Rose-Marie Compaore, the first vice president of the parliament.

South Africa, the continent’s most industrialised economy, reported a more than one-third jump in cases, with 31 new infections bringing its tally to 116 on Wednesday.

READ | Coronavirus: How many people will die? It could be millions

Nearby Zambia announced its first two confirmed cases – a couple that returned to the capital Lusaka from a 10-day holiday in France.

As of Wednesday, a tally of reported cases compiled by AFP stood at more than 600 for all of Africa.

Of these, 16 cases have been fatal: six in Egypt, six in Algeria, two in Morocco, one in Sudan and one in Burkina Faso.

READ | So you think you have the coronavirus – what now?

Those figures are relatively small compared to the rest of world – the global death toll has passed 8 800 with almost 210 000 total infections.

WHO chief Tedros said sub-Saharan Africa had recorded 233 infections, but warned the official numbers likely did not reflect the full picture.

“Probably we have undetected cases or unreported cases,” he said.

Previous Some severe cases of coronavirus could result in brain damage, inability to walk
Next How to apply for EI and COVID-19 emergency benefits | CBC News