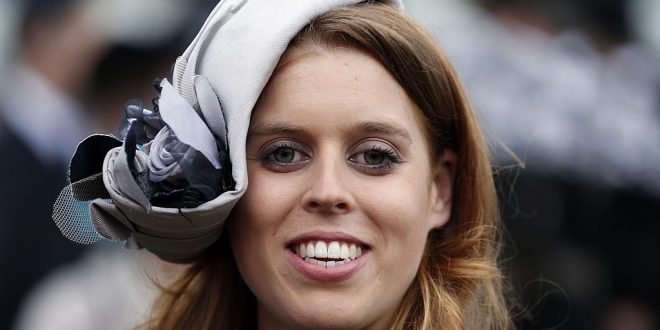 Will Princess Beatrice and Princess Eugenie Save Prince Andrew’s Legacy?

Prince Charles wanted a slimmed-down monarchy when he takes the throne, but it may be becoming a little too slim. Now that Prince Harry and Meghan, Duchess of Sussex have officially left royal duties, and with many other family members aging, there are spots to fill within the royal circle. However, the queen may have a new solution that could save the monarchy and renew Prince Andrew’s legacy.

With Prince Harry and Meghan off in Canada and no longer attending royal duties, Queen Elizabeth has asked her granddaughters, Princess Beatrice and Princess Eugenie, to take on a more active role within the royal family. According to the Daily Mail, sources close to the Queen have confirmed her wishes for the new structure.

Currently, both Princess Beatrice and Princess Eugenie are not considered working royals. They don’t receive money from the Sovereign Grant and hold outside jobs.

Princess Beatrice works in finance and consulting and is currently employed by the software firm, Afiniti as their Vice President of Partnership and Strategy. According to her bio with the company: “Beatrice is responsible for the management of the strategic Afiniti partnerships as well as company growth through unique initiatives and client development.”

Princess Eugenie holds an art history and English literature degree and currently works as the director of a London art gallery, Hauser & Wirth.

Since both women hold prestigious positions in the private job sector, they may not want to take on more royal duties. The crown has not announced if Princess Beatrice and Princess Eugenie’s new duties will require them to give up their current jobs.

There are also their partners to consider. In 2018, Princess Eugenie married Jack Brooksbank, and Princess Beatrice is engaged to marry Edoardo Mapelli this spring.

This is a relatively new announcement, so we don’t yet know how the Princesses, and their partners, feel about the request and whether they’re willing to take on this important responsibility. However, in the past, both women have always seemed eager to support and promote the monarchy.

One of the empty spots within the royal family was recently vacated by Princess Beatrice and Princess Eugenie’s own father, Prince Andrew. Last November, he was asked to step away from his duties by the Queen, after a scandal involving convicted sex offender, Jeffrey Epstein.

Epstein has been accused of sex trafficking, including the procurement of underage girls for his circle of contacts. Prince Andrew came into the spotlight when it was revealed that he was a long-time friend of Epstein, and even called Epstein his “best friend” at one point.

There have also been accusations of assault from women about Prince Andrew himself, but nothing has ever been proven. Although the details are shakey, Prince Andrew stepped down from royal duties to protect the Crown.

Will Princess Beatrice and Princess Eugenie save their father’s legacy?

As Princess Beatrice and Princess Eugenie are seen more often in the public spotlight, it’s likely that their reputation among royal fans will increase. If they can shift attention to their charitable works and help the British people, then they’ll earn a place in the public’s heart, and that’s good news for Prince Andrew’s family.

Next in line for the throne, Prince Charles is also on board with this new change to the royal lineup, despite his previous comments about a slimmed-down monarchy. He believes the princesses may be able to help the crown.

However, it’s unlikely the public will ever completely forget about Prince Andrew’s scandal. Just like the Princesses’ mother, Sarah Ferguson, and her toe-sucking debacle. It’s always just under the surface of public awareness.

But Princess Beatrice and Princess Eugenie may be able to prove that they are not like their parents, and therefore earn the British people’s respect for the younger generation.