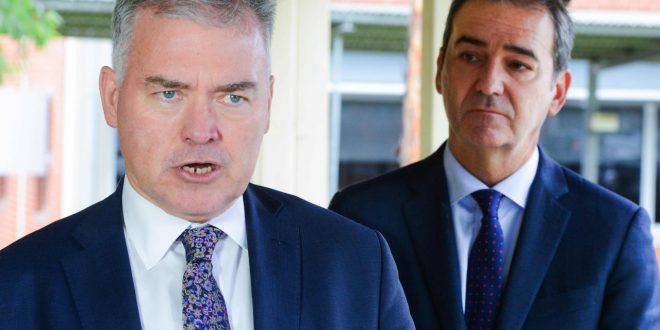 South Australia recorded another day of no known active coronavirus cases on Sunday, after celebrating its first day with zero active patients on Friday.

There have now been 435 South Australian cases cleared and more than 78,800 tests since February.

There were 1119 tests conducted on Saturday. One person is still in hospital recovering but is not an active case.

The total number of COVID-19 cases in South Australia has now remained at 439 for the past 10 days. The state also went 14 days straight without diagnosing a new case before the last confirmed infection.

The Northern Territory and ACT also have no known active cases.

Four people have died in South Australia since the outbreak began in February.

Those who experience respiratory symptoms, fevers or chills, or who lose their sense of smell or taste, should still seek a coronavirus test, SA Health says.

Huge leap in number of South Australians applying for JobKeeper

Could AFL return to Adelaide Oval before end of year?

The continued success against the virus is not stopping preparations for potential future surges though.

Premier Steven Marshall and Health Minister Stephen Wade said today nine new temporary treatment spaces were being added to the Women’s and Childrens Hospital at a cost of $900,000.

“South Australia has successfully flattened the curve, but there will be future outbreaks – we need to be ready to respond to them,” Mr Marshall said.

Mr Wade said the units, which were paid for by the Federal Government, would increase the hospital’s COVID-19 treatment capacity while also limiting infection risks for staff and patients.

The innovative modular units will be fitting with equipment found in standard emergency department bays.

Contractors are working to them installed on Sir Edwin Smith Drive and connected to the hospital’s Emergency Extended Care Unit by the end of the month.