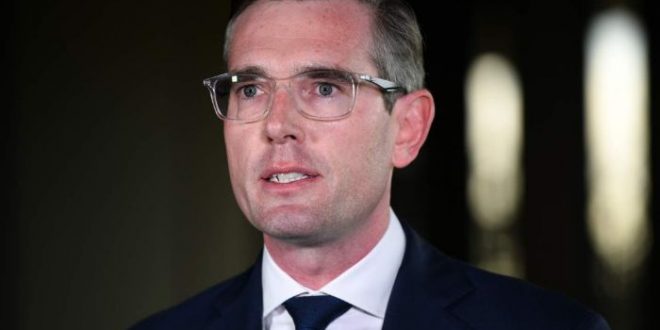 ‘A challenging set of numbers’: NSW economy to shrink by 10 per cent

Treasurer Dominic Perrottet will reveal the New South Wales economy is expected to contract by 10 per cent this financial year.

Mr Perrottet will deliver an economic update to NSW Parliament on Tuesday in lieu of handing down the state budget, which has been delayed because of COVID-19.

Earlier this month figures from the Bureau of Statistics showed the NSW economy shrank by 1.5 per cent in the March quarter and at that time the Government warned there would be further severe economic consequences.

At the same time the national economy contracted by 0.3 per cent which makes a recession inevitable.

The latest NSW Treasury Forecasts say the result of the state’s contraction is not only down to COVID-19, but bushfires and drought as well.

Unemployment is expected to jump from 6 per cent to 7.75 per cent.

“But how we choose to respond will define the type of state NSW is for the coming decades and for the next generation.”

The Treasurer had previously forecasted between $10 to $20 billion being slashed from its revenue, with significant write downs over the next four years.

He’ll tell Parliament that revenue is expected to drop by up to $20.3 billion across five years to 2023-24.

The reduction is due to lower payroll tax and stamp duty, as well as a smaller GST pool because of a decrease in consumer spending.

The Treasurer will also tell Parliament the Government is moving to a different phase in the pandemic.

“Today we signal to the people of NSW — a shift in direction, from response to recovery.”

And he will reaffirm the Government’s commitment to job creation saying “we have one goal above all”.

Mr Perrottet will raise concerns about a drop in constructions jobs because building of new housing is drying up as projects are cancelled by the private sector.

He’ll also re-commit to providing free childcare at the 700 community preschools funded by the State Government until October.

Previous China steps up checks on meat, seafood after COVID-19 cases in market
Next Posthaste: Newly-minted COVID-19 day traders’ resolve about to be tested as markets wobble again