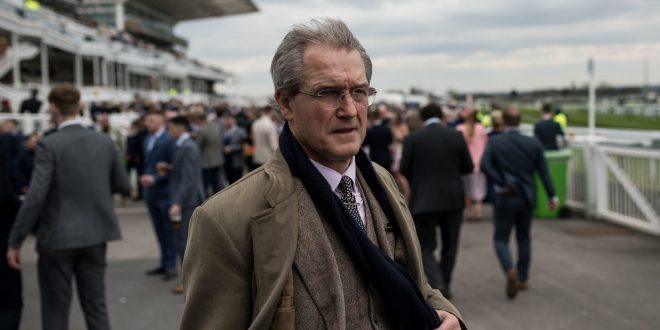 A Tory MP Makes £100,000-A-Year From A Company That Is Selling Private Coronavirus Tests For £120 Each

Owen Paterson, the Conservative MP and former cabinet minister, is a paid advisor to a company that is selling coronavirus tests online to British consumers and private clinics.

According to the register of MPs’ financial interests, Paterson has been a consultant to Randox Laboratories since August 2015. The MP for North Shropshire has regularly declared that he expects to receive £8,333 a month from the company, from April 2017 until further notice. The register was last updated on March 16 this year.

Randox has been selling a rapid “COVID-19 home testing kit” for £120. The company, which is registered in Crumlin, Northern Ireland, says on its website that it “has developed a revolutionary test for Coronavirus (COVID-19), the new strain of coronavirus. The only test in the world that can identify the lethal strain and differentiate between other non-lethal variants with the same symptoms.”

Consumers order and register the kit online and then take the test at home following instructions provided before mailing it back to the lab, which processes and provides results within days.

The kit is temporarily out of stock and the company will not be taking new orders until the end of the month “due to unprecedented pressure on healthcare supply chains”, its website says.

It comes as the British government is scrambling to ramp up the number of coronavirus tests it carries out. The UK is currently mostly testing people in hospitals and has faced criticism for not routinely testing NHS staff despite data from other countries showing that health workers are among those most at risk from the virus.

Although Britain has tested more than many countries around the world, it still lags way behind countries such as Germany, South Korea and Italy, which are conducting more than 20,000 tests a day. Britain currently runs between 5,000-6,000 tests a day but plans to increase this figure to 25,000 within four weeks.

Summerfield Healthcare — which runs private clinics in the West Midlands — is selling the mail order test for £249. Another company, Qured, a service that usually allows people to book face-to-face GP appointments, provides the kit for £295. Both companies told The Guardian last week that they use Randox for their testing.

The Sunday Times published a story at the weekend about another company, Private Harley Street Clinic, that has been using Randox.

The clinic has sold over 6,600 coronavirus test kits for £375 each to people who fear they have the illness, raking in millions, the newspaper claimed. The clinic is based at the north London flat of its owner, Dr Mark Ali.

The company uses kits sold by Randox and analysis work on the results is also done by Randox, the Sunday Times said. The clinic denied that it was profiteering and defended its decision to charge £375.

According to a statement published on its website, Private Harley Street Clinic is no longer offering the test as it works to fulfil a backlog of orders, and it is also donating free testing to NHS staff, a statement said.

Randox told BuzzFeed News it didn’t have a direct customer relationship with Private Harley Street Clinic so had no control over the amount it charged. Amy Millar, its spokesperson, said: “As a private company with over 40 years investment in and commitment to the diagnostics industry, Randox quickly developed a COVID-19 test and were able to provide that test, with a home sample collection capability, at a very competitive price. That price is a matter of public record.”

According to the Irish Times, Randox is in talks with the NHS about using its COVID-19 test

Private clinics are not banned from selling coronavirus tests but the government advises people against testing at home. A Department of Health and Social Care spokesperson told BuzzFeed News: “Public Health England does not advise rapid tests for use in the community nor self-testing but we keep all advice under constant review.”

Paterson, who is reportedly self-isolating with coronavirus symptoms, declined to comment.

Previous UK researchers develop new low-cost, rapid COVID-19 test that could even be used at home
Next Ottawa faces criticism for sending 16 tonnes of personal protective equipment to China in February