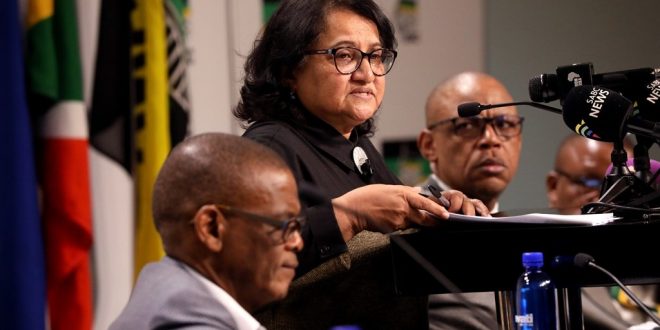 The ANC has welcomed President Cyril Ramaphosa’s decision to extend the lockdown as the country continues to fight the spread of Covid-19.

The lockdown, which started on 26 March, was supposed to end on 16 April. However, Ramaphosa on Thursday said it was imperative to extend the lockdown if the country is to be successful in slowing the spread of the pandemic.

READ | This is a matter of survival and we dare not fail, says Ramaphosa as he extends lockdown

“We did not take this decision to extend the lockdown lightly. As your President, I am mindful of the great and heavy burden this will impose on you. I am keenly aware of the impact this will have on our economy.

“But I know, as you do, that unless we take these difficult measures now, unless we hold to this course for a little longer, the coronavirus pandemic will engulf, and ultimately consume, our country,” said Ramaphosa.

18 people have died in the country after been infected by Covid-19, while 1934 others have tested positive for the virus.

#CoronavirusSA ‘A new reality awaits,’ says Ramaphosa. Then adds: ‘we will craft a uniquely South African response’.
And to end: ‘Much is being asked of you, far more than should ever be asked.

‘But we know that this is a matter of survival, and we dare not fail’. pic.twitter.com/cI8Bo6aOPU

In a statement, ANC spokesperson Pule Mabe said the governing party fully concurred with the president that ending the lockdown too soon risks a resurgence of the infection rate.

The ANC also commended citizens for their discipline and compliance since the lockdown was announced.

“This has demanded a lot of sacrifices on the part of individual citizens, whose personal freedoms are severely curtailed, but have rallied behind government’s drastic measures intended to defeat the invisible enemy,” Mabe said.

READ | Ramaphosa takes pay cut, calls on MPs, public officials and execs to do the same

“As a nation, we must do everything we can to prevent the possible loss of lives that will certainly occur if we do not act,” Mabe said.

“We call on the rest of society to support government as it embarks on a roll-out of a community screening and testing programme across all provinces.”

The ANC also welcomed the announcement that the executive would take a one-third cut in their salaries for the next three months which would be donated to the Solidarity Fund.

“We call on other executives in the private sector and state-owned entities including MP’s, MPL’s, Councillors to follow this courageous act.”

ANC deputy secretary general, Jessie Duarte also reflected on the extension saying that the “complete and absolute saving of lives of people is a great task that we all must face.”

“The extension of two more weeks of lockdown is a time for us to focus on our hopes and not our fears and work with each other to unite in this period of crisis,” she added.