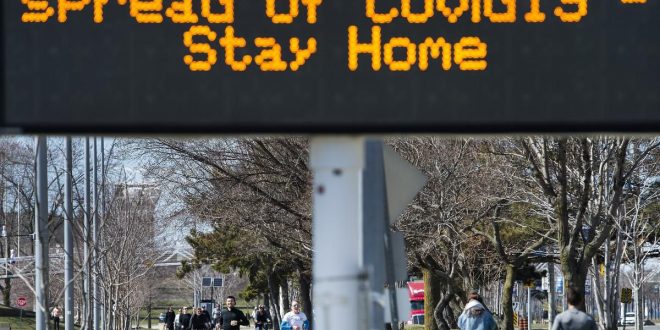 Ontario has seen another 524 COVID-19 cases and 22 deaths in the last 24 hours, according to the Star’s latest count.

With most of the province’s 34 regional health units still to report their daily tally as of 11 a.m. Friday, the Star is counting 6,768 confirmed and probable cases of the disease, including 244 deaths.

Peel Public Health reported a steep increase in deaths Friday morning, to a total of 15, from 10. A cleaner at Brampton Civic Hospital died Thursday in what is believed to be Ontario’s first death of a health-care worker from COVID-19 since the pandemic began.

New deaths were also reported near Sarnia and in Waterloo Region.

Earlier Friday, the province reported a jump in the number of patients who had been tested for COVID-19 the day prior. The province reported 5,573 were completed, up about 1,500 from the Thursday report, and approaching levels from the start of the month. Earlier this week, Premier Doug Ford called low testing rates “absolutely unacceptable” given the province has the built up the capacity to complete around 13,000 tests a day.

According to the province, 673 patients are now hospitalized with COVID-19, including 260 in an intensive care unit. The province also says 2,574 patients have now recovered after testing positive for COVID-19

The province says its data is accurate to 4 p.m. the previous day. The province also cautions its latest count of deaths — 222 — may be incomplete or out of date due to delays in its reporting system.

The Star’s count is based on the public tallies and statements of the regional health units. It includes some patients reported as “probable” COVID-19 cases, meaning they have symptoms and contacts or travel history that indicate they very likely have the disease, but have not yet received a positive lab test.

Ed Tubb is an assignment editor and a contributor focused on crime and justice. He is based in Toronto. Follow him on Twitter: @edtubb