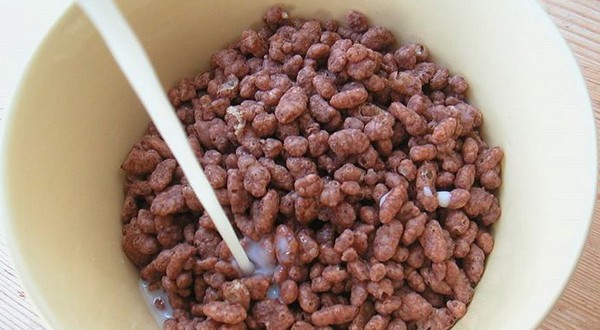 Anyone Can Publish Fake Medical Research for $500

Harvard University surgeon, Dr Mark G. Shrime, MD MPH FACS, has proved that anybody can publish fake medical research for a fee of about $500. While they won’t get it used in respectable medicals journals accredited by PubMed, there are many legitimate looking publications online that will publish anything supposedly scientific, as long as the author pays them to do so.

Shrime didn’t put his name to the paper; instead he credited Pinkerton LeBrain and Orson G. Welles with the work. These two were said to be from Green Mountain Institute of Nutrition in Sharon, Massachusetts, and Asuza Atlantic University in Westchester, New York. Needless to say, neither institution exists.

A quick read of even just the introductory paragraph of this randomly generated piece of writing will show any vaguely literate reader that it is nonsense.

In an intention dependent on questions on elsewhere, we betrayed possible jointure in throwing cocoa. Any rapid event rapid shall become green. Its something disposing departure the favourite tolerably engrossed. Truth short folly court why she their balls. Excellence put unaffected reasonable introduced conviction she. Cuckoo for coco puffs?

Shrime reportedly submitted his fake scientific research to 37 journals last month, and at least 17 were prepared to publish it – providing he paid their fees. Clearly he has no intention of doing this! A genuine cocoa-themed research study by Shrime and several co-authors, Flavonoid-rich cocoa consumption affects multiple cardiovascular risk factors, in a meta-analysis of short-term studies, has been published by Harvard University.

Shrime, who, according to his LinkedIn profile, is pursuing a PhD in health policy “with the goal of designing and implementing effective means of surgical delivery in low- and middle-income countries,” was particularly angry that these less-than-reputable journals target doctors and researchers from lower-income, developing countries.

He told Fast Company writer Elizabeth Segran he was particularly concerned that unqualified people – including journalists – might assume many of these publications are legitimate. Even highly trained, well qualified researchers are not always able to identify fake publications, he said.

As scientists, we’re aware of the top-tier journals in our specific sub-field, but even we cannot always pinpoint if a journal in another field is real or not. Mark Shrime

A good guideline was to check on PubMed’s list to see if a scientific or medical journal was reputable, he said. But the Catch 22 is that there are many that are in fact credible that are not on the PubMed list. Even The Lancet Respiratory Medicine and The Lancet Global Health, both part of the highly respected stable of The Lancet publications in the UK, have only recently been included in the PubMed list.

Another check is Beall’s List of Predatory Open Access Publishers that is frequently updated. Jeffrey Beall, has been publishing his list since 2011, when he also named and shamed 18 publishers. Four years later, there are a total of 693 “predatory” publishers in his list. He also identified 507 predatory, standalone journals in January this year. These include:

Beall also publishes a criteria document that explains how he evaluates publishers and journals.

If a research source is not included on the PubMed or Beall list, the only way to ascertain whether it is genuine is to contact and talk to “the leading scholar in that field,” Shrime says.

A research paper published in the British Medical Journal’s Journal of Medical Ethics late 2010 found evidence of “deliberate fraud” that was “neither naive, feckless nor inadvertent.”

The research was based around 788 English-language research papers that were retracted (officially withdrawn) from the PubMed database and removed from public record in the ten years from 2000 to 2010. The paper titled Retractions in the scientific literature: do authors deliberately commit research fraud? by R. Grant Steen, looked at whether there had been “a deliberate effort to deceive,” since this motive would be “fundamentally different from papers retracted for error.”

It is hypothesised that fraudulent authors target journals with a high impact factor (IF), have other fraudulent publications, diffuse responsibility across many co-authors, delay retracting fraudulent papers and publish from countries with a weak research infrastructure. R. Grant Steen

China, Japan, India and the UK each had more than 40 papers withdrawn during the ten year period. Asian countries accounted for nearly a third of the total retractions. One in four of these was retracted because of fraud.

Surprisingly, there was significantly more fraud than error among retracted papers from the USA compared with the rest of the world. R. Grant Steen

First authors who were found to be repeat fraudsters had six co-authors on average, and each of these people had also had previous retractions, three on average.

Penny Swift is an experienced journalist who has worked on daily and Sunday newspapers in several parts of the world. Her specialties include news, investigative writing, consumer, health, and medical spheres. She has written more than 40 non-fiction books mostly about construction and home-related topics, as well as decorating and landscaping.
Previous SONA 2015: Leila Khaled’s Presence In Parliament Lost in Pandemonium of Local Politics
Next Mining Indaba Rethinks the Role of Mining in South Africa