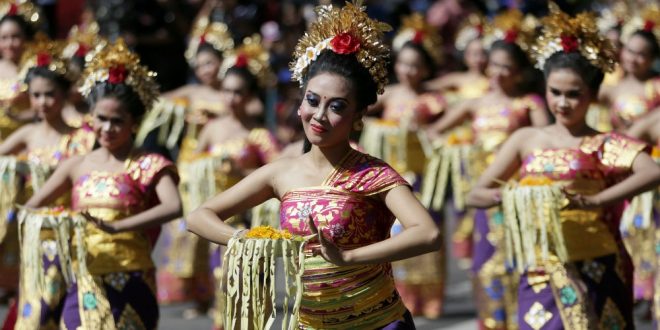 ‘Bali will die’: Fears for future in Indonesia’s tourism hotspot

Jakarta, Indonesia – Indonesia will suspend its visa-on-arrival policy for a month from Friday to curb the spread of the deadly COVID-19 virus in the archipelago.

The move will effectively shut down the country’s tourism industry, bringing the same economic pain already rippling through Rome, Singapore, Barcelona and other destinations that were once magnets for tourists.

But on the Indonesian resort island of Bali, where more than three-quarters of the economy is linked to tourism, the de-facto border closure could prove catastrophic for the population of 4.2 million people.

“From our research, we know about 80 percent of Bali’s GDP is based on tourism,” said Ross Taylor, president of the Indonesia Institute, a foreign policy think-tank at Melbourne’s Monash University.

Over the last 15 years, young people have moved to tourist areas for jobs, while at the same time, their parents have sold their rice paddies to developers.

“There’s been this huge transition where almost everyone has placed all their eggs in the tourism basket,” Taylor added. “The result of taking that away would be catastrophic.

“In most Western countries, households have some financial buffer. But in Bali, most people earn only a couple of hundreds of dollars a month. They live from day-to-day or month-to-month. If they lose their jobs, they will have nothing to fall back on.” Hasrat Aceh, one of thousands of hospitality workers on the island who have already been placed on holidays or unpaid leave, puts it more starkly: “Without tourists, Bali will die.”

For the past few weeks, Bali has proven particularly resilient to the global decline in tourism caused by the COVID-19 pandemic.

When the disease first surfaced in China in January, the number of foreigners visiting Bali actually increased 3 percent compared with the same month the year before, according to data from Bali’s Ngurah Rai International Airport.

Foreign arrivals dropped 20 percent last month, following a February 5 ban on tourists who had been in China in the past 14 days.

But with no cases of COVID-19 reported in Indonesia, 400,000 tourists from Australia, Russia, South Korea, India, Japan and more than 100 other countries headed to Bali. In the first 12 days of March, a further 114,000 foreigners arrived.

Hilary Faverman, an American who arrived in Bali two weeks ago with her young family, explained why she did not want to defer the trip. “We were already overseas, and we’re healthy people, not at risk,” she said. “We actually feel safer in Bali right now. We’re more concerned about having our kids exposed to the hysteria that’s taken over in the West. No one here is panicking or hoarding food.”

But chinks in the armour began to appear last week when Indonesia reported its first COVID-19-related death: a 52-year-old British woman who died while under isolation in a private hospital in Bali. As of March 18, 17 people have died, and 227 have been infected with COVID-19 in Indonesia, although experts from other countries have long worried the real number is probably much higher. Despite the effect of the coronavirus on tourism, people in Bali are trying to keep a positive outlook [Ian Neubauer/Al Jazeera]

Tourists and expats are now leaving Bali in droves over fears the airport will close and they will be stuck on the island for weeks or even months.

“I’ve decided to leave,” said Camilla Cahill, a British tourist. “It’s not about wanting to leave or stay. My community of friends here are all leaving. If I get sick, I don’t think there will be anyone left to call here. In the UK, I will have my family and support system.”

Australian Karma Voice wrote on a Facebook page for expats in Bali: “With a very heavy heart and tears I just booked a ticket home after reading a reliable source news article saying Australia is recommending it’s citizens go home as they are not sure if they will need to close the borders soon. I have some health issues that if I get sick I wouldn’t want to take hospital space over any locals.”

Hasrat Aceh, who normally works as a butler at a luxury villa, is now working as a motorbike driver with Grab, a popular ride-sharing app in Indonesia.

“People in Bali, we don’t complain. If we have a problem, we try to see a way through it,” he said.

But for the 170,000 Balinese living on less than $2 a day, there is no Plan B, said Ariyo Irhamna, an economist specialising in poverty at the Institute for Development of Economics and Finance in Jakarta.

“Many people will lose their jobs because there will be no tourists. But it will impact the poorest people most,” he said. “What we’re hearing is that the central government in Jakarta may not be able to help them. They are concentrating on incentives for investors and the business community.”

Solemen Indonesia, a charity that supports 2,340 people with physical and mental disabilities in Bali, says the most vulnerable in society are already hugely at risk. “Most of our funding comes from the hospitality industry. How can we help people if we have no money?” said Robert Epstone, the charity’s British-born founder. “It will be potentially catastrophic if all our funding is withdrawn because it’s all thousands of people in Bali have to fend off starvation.”

The Balinese have experienced economic calamity repeatedly in living memory: the Indonesian Riots of 1988, the Bali bombings of 2002 and 2005, the Global Financial Crisis in 2009 and the Mount Agung volcanic eruption in 2017. On every occasion, tourists fled only to return in even larger numbers.

After all, there is lots to love about the so-called Island of the Gods: dreamy scenery, luxurious amenities, friendly locals and one of the most unique and best-preserved classical cultures on Earth.

But this time, some fear things are going to be different.

“I was in Bali four days after the bombings. There was still lots of anxiety – people worried about it happening again – but then life returned to normal and make could be made to find a way forward,” said the Indonesia Institute’s Taylor.

“But this is not a normal problem. No one knows how bad things will get in Bali or how long it will last, or how it will affect the countries tourists come from. If you can’t even see the problem clearly, how can you find a way out?”