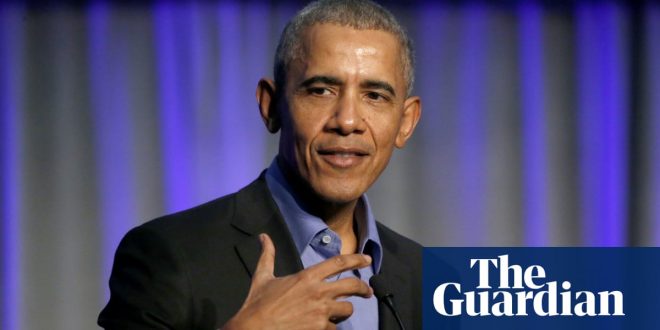 Barack Obama isn’t running in 2020 – so why is he in all the campaign ads?

As Democrats vote in Nevada’s caucuses on Saturday, they do so having been inundated with an ad from Senator Elizabeth Warren’s campaign featuring Barack Obama praising her.

Days later in South Carolina, when Democrats go to vote, they will have been bombarded by four different Democratic presidential campaigns with ads suggesting Obama favors each campaign’s candidate the most.

But the former president has not endorsed any candidate in the primary and is not expected to anytime soon. No candidate has directly asked for Obama’s endorsement either.

Still, the trend of campaigns featuring the popular former Democratic president praising their candidates is a sign of how influential the specter of Obama remains in this primary. It is also an indicator of the value of appearing to carry the Obama mantle.

The ads have been tailored to each candidate’s ideal identity to voters. Warren’s ad, for instance, features Obama calling her one of the “fiercest advocates for the middle class” who is also “tough”.

A Mike Bloomberg ad describes how the former president and former New York mayor worked together on gun control issues – a signature Bloomberg issue – with the president calling him a “leader”.

The ad has received blowback from former Obama staffers, though, and the relationship between Bloomberg and Obama is complicated.

In South Carolina, a Joe Biden campaign ad features clips of Obama, as a narrator describes the president ushering in Obamacare into law and then switches to saying Biden will never let Obamacare be repealed. There too, the intention is clear: tie the candidate to Obama.

The billionaire Tom Steyer, another Democratic presidential candidate, has aired an ad in South Carolina that works harder to connect him to Obama. Steyer is a comparative newcomer to national political campaigns and his ties to Obama are more shallow than those of, say, Biden or Warren. So the ad features the woman behind the popular Obama campaign rally phrase “fired up, ready to go!” saying: “My God, Tom’s fired up and [Donald] Trump got to go.”