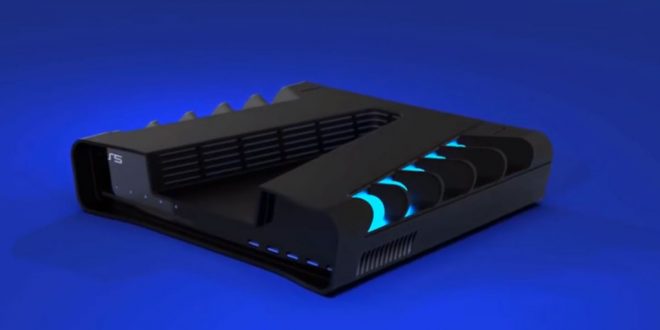 PS5 news: PlayStation 5 could get its own Amazon Alexa-style AI

If half the rumours and leaks are to be believed, the PS5 is set to come with a lot of cool stuff. From state-of-the-art controllers with haptic feedback to 8K graphics and silky-smooth framerates, the PS5 is going to be an incredible bit of hardware.

The latest brand new tidbit of information shows Sony is working on something special for its next-generation console: a smart speaker-style AI that you can address as “PlayStation”, which will not only perform basic commands, but work across games to help you when you’re stuck on certain parts of any given level. Consoles are about to get a whole lot smarter.

A patent filed by Sony and published last month on Patentscope shows what Sony is calling an “in-game resource surfacing platform”. The platform takes the form of an AI, which can be seen in the diagram below. Players are shown asking “PlayStation, how do I defeat the boss?” and PlayStation will respond with strategies other players have used to beat the same level or skip past this point in the challenge.

This reveals several key features about the console. For one thing, connection will be as important to the PS5 as it was supposed to be for the PS4. In the age of live-streaming games and dedicated “share” buttons, it looks like all PS5s will be connected, and PlayStation is planning on harvesting data from all its new consoles, aggregating it and using it as a resource to help players through difficult portions of games.

However, there’s two very troubling words on this picture: “buy now”. All this information may be aggregated, but accessing it looks like it’s set to cost money. Whether it’s new weapons or equipment for a character or a cache of information about the game that will help you better navigate it, having it hidden behind a paywall sets a troubling “pay to win” precedent.

Last year, EA got into hot water over its Star Wars: Battlefront 2 microtransactions. EA set some of Star Wars’ most famous characters, such as Darth Vader and Luke Skywalker, as unlockable playable heroes. However, the points gamers needed to “earn” in order to unlock them were ludicrously high, but EA had a helpful “pay to unlock” system, which charged gamers real-world money to unlock part of a game they had already payed for.

The resulting backlash, including the most downvoted comment in Reddit history, forced EA to release an update to change the game, but the damage had already been done. We’ve seen this trend gradually increase with the rise of downloadable content over the last 15 years of gaming, but creating a “pay to win” environment would be the absolute worst thing Sony could do with the PS5. It could destroy gamers’ trust for a generation.

While all we can see so far is using the smart AI to recommend information like a smart speaker, a PlayStation interface like Amazon’s Alexa or Microsoft’s Cortana makes perfect sense to add to the console. With around eight months to go until its prospective “holiday 2020” launch date, it’s also something that could feasibly be added to the console in time.

Previous Coronavirus Live Updates: Businesses Face Fallout as New Cases Surge
Next Barack Obama isn’t running in 2020 – so why is he in all the campaign ads?