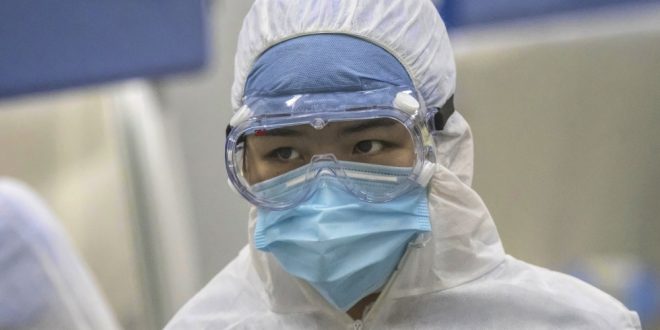 Beijing, China – China has ordered the expulsion of three Wall Street Journal reporters as criticism mounts over the country’s handling of the coronavirus outbreak, which has so far killed more than 2,000 people and infected close to 75,000 others.

The order, which escalates Beijing’s fraught relations with foreign media, came late on Wednesday after the Ministry of Foreign Affairs accused the publication of racism for publishing an opinion piece with the headline, China is the Real Sick Man of Asia.

“The Chinese people do not welcome media that publish racist statements and smear China with malicious attacks,” Geng Shuang, the foreign ministry spokesman, said at a press conference.

It is the first time in the country that multiple members of a foreign media organisation were simultaneously ordered to leave.

The Journal’s deputy Beijing bureau chief, Josh Chin, and reporters Chao Deng and Philip Wen, however, were not involved in writing the opinion piece that Beijing found offensive. Like most media organisations, the publication’s opinion section and the news department operate separately.

In a statement, the Foreign Correspondents’ Club of China said the decision was an “extreme and obvious attempt by the Chinese authorities to intimidate foreign news organisations by taking retribution against their China-based correspondents”.

Steven Butler, Asia programme coordinator at the Committee to Protect Journalists, said the expulsion made China “less like a confident rising power than a thin-skinned bully”.

“During a global health emergency, it is counterproductive for the Chinese authorities to be limiting the flow of news and information,” Butler added, while calling on Beijing to “immediately” restore the press credentials of the three journalists.

In recent days, China has also detained legal activist Xu Zhiyong, after he accused the government of covering up facts about the outbreak – a move critics say reflects the government’s overarching effort to control the narrative.

Retaliation against the US?

Despite the reason given by the government, namely that the opinion piece “deeply hurt Chinese people’s feelings,” most China watchers believe it could be a retaliation against the United States.

Just a day earlier, the US State Department designated China’s five most prominent news organisations, Xinhua, China Daily, The People’s Daily, CGTN, and China Radio, as “foreign missions”, putting them in the same position as diplomats.

“The WSJ expulsions [were] not actually prompted by the ‘Sick Man of Asia’ headline, but by the reclassification of the Chinese state media, and the WSJ just happened to already be in firing line,” James Palmer, a senior editor at Foreign Policy magazine posted on social media. 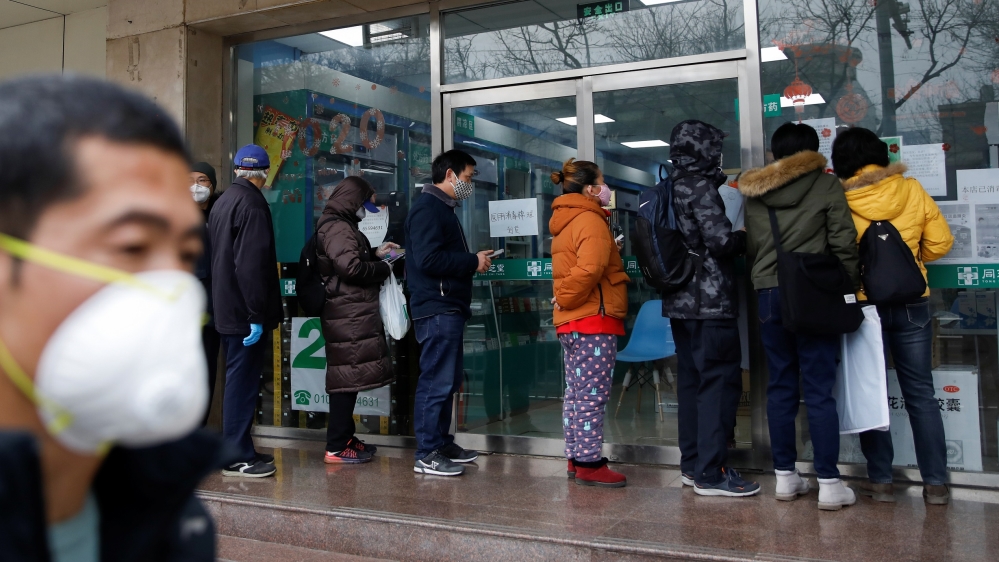 Other journalists working on China issues shared the same sentiment.

“[The] thing everyone must understand is that if it [weren’t] this WSJ opinion headline, it would have been something else in 2020,” said Melissa Chan, the former Al Jazeera correspondent in Beijing, whose press visa renewal was rejected, likely over a documentary on China’s slave labour.

“China was going to do something, and just needed to wait for a chance,” she wrote on social media.

As China continues to grapple with the fallout of the coronavirus outbreak, the ruling Communist Party also appears to be picking up its old playbook by targeting news publications and independent voices covering the epidemic.

Several medical workers told Al Jazeera that they had been banned by their hospital managers from talking to the media.

A growing number of social media posts were also censored and deleted in recent days.

Masters, a well-known online platform that publishes work by independent observers, was also shut down by the government.

As of Wednesday, February 19, subscribers were no longer able to access either the official website, or its WeChat account, which sends out curated articles on Chinese culture and politics.

“I can’t believe Masters was taken down! Eight years of unwavering support from the writers and editors – all gone!” one avid visitor of the platform told Al Jazeera on condition of anonymity for fear of repercussions.

“Doesn’t the government rethink whether this kind of oppression works? Haven’t we paid enough price for the lack of press freedom?”

“All of this just because of one article? How thin-faced is the government?”

She was referring to an article called, 50 Days into the Coronavirus Outbreak, the Entire Chinese Nation is Bearing the Consequence of the Death of Media.

In the article, the author explained how the lack of media transparency in China contributed to the current mess. It was the last article published in the online site before it was shut down.

Jia Xuan, an editor at Masters, lamented the “death” of the publication, and said the vision of the platform was to “expand the boundaries of speech”. “Masters was born for those big issues in our society and also died for the same thing.” 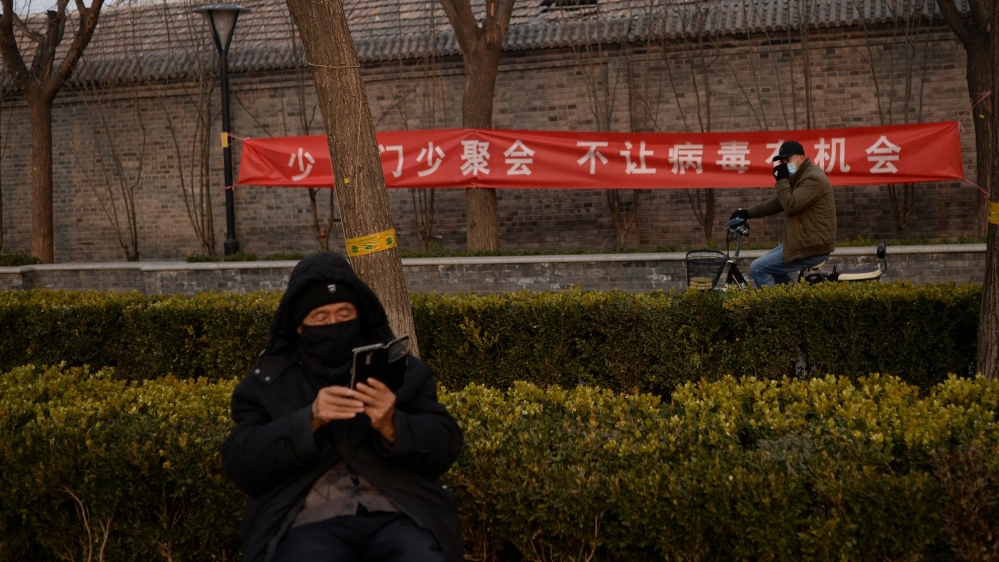 Growing numbers of social media posts criticising the government have been either censored or deleted in recent days [File: Tingshu Wang/Reuters]

And as China tightens up its control over how the epidemic is being covered at home, it is also expanding its effort to reshape the narrative overseas.

On February 18, the Chinese Embassy in Nepal issued a statement denouncing the Kathmandu Post for “smearing” the Chinese government.

The English-language newspaper based in the Nepali capital had published an opinion piece called, China’s Secrecy has made Coronavirus Crisis Much Worse, with an accompanying illustration showing Mao Zedong, China’s late leader, wearing a surgical mask.

In response, the embassy warned, “The Chinese Embassy in Nepal has made solemn representations to the newspaper and himself and reserves the right of further action”, referring to the editor-in-chief, Anup Kaphle.

In response, Kaphle said the statement had gone “above and beyond the scope of the embassy”, and that it could be “perceived as a direct threat to the Nepali people’s right to a free press, freedom of opinion, and freedom of expression”.