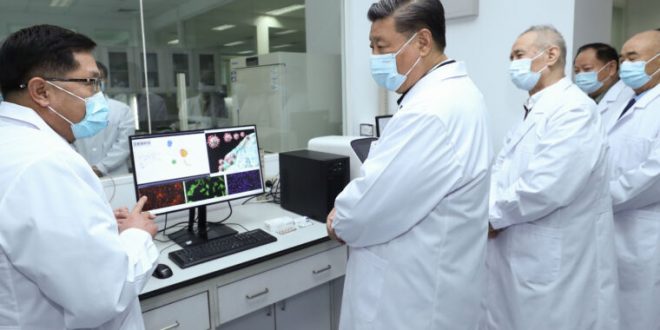 China moves forward with COVID-19 vaccine, approving it for use in military

China has approved an experimental COVID-19 vaccine for use in its military after early clinical trial data suggested it was safe and spurred immune responses—but before larger trials that will test whether the vaccine can protect against SARS-CoV-2 infections.

This marks the first time any country has approved a candidate vaccine for military use. China’s Central Military Commission made the approval June 25, which will last for a year, according to a filing reported by Reuters.

The vaccine, developed by biotech company CanSino Biologics and the Chinese military, is a type of viral vector-based vaccine. That means researchers started with a viral vector, in this case a common strain of adenovirus (type-5), which typically causes mild upper respiratory infections. The researchers crippled the virus so that it doesn’t replicate in human cells and cause disease. Then, they engineered the virus to carry a signature feature of SARS-CoV-2—the coronavirus’s infamous spike protein, which juts out from the viral particle and allows the virus to get a hold on human cells.

The idea is that, when the harmless vaccine virus is injected into the body, it will essentially present the SARS-CoV-2 spike protein to the immune system, which can then develop anti-SARS-CoV-2 responses. Those include antibodies, which are Y-shaped proteins that surveil the body and detect previously encountered germ invaders by key features. Once a germ is detected, neutralizing antibodies can glom onto the germ and prevent it from sparking an infection.

In a Phase 1 safety trial involving 108 people, the vaccine—dubbed Ad5-nCoV—proved safe and was able to spur the production of neutralizing antibodies and other immune responses. However, the study, published in The Lancet, also detected a potential foil for the vaccine candidate: in people who had been infected with Ad5 in their past, the vaccine didn’t generate as strong of a response to SARS-CoV-2’s spike protein. This may be because their immune systems quickly recognized the adenovirus and focused their responses on the viral vector, rather than the nefarious spike.

CanSino said it had since completed a larger Phase 2 trial, looking at safety and efficacy, but has yet to release results, according to the South China Morning Post. The paper also noted that CanSino has reached an agreement with the Canadian government to conduct Phase 3 trials there. Those trials will look at efficacy and potential side effects in an even larger group of people.

In the meantime, CanSino declined to say if members of the Chinese military would be required to receive the experimental vaccine or if it would be optional, according to Reuters.

According to the latest tally by the World Health Organization, there are 17 COVID-19 vaccine candidates in clinical trials and 132 others in pre-clinical development. Many vaccines are being developed in China, but with the now-limited spread of the coronavirus there, researchers are working to conduct vaccine trials elsewhere, in areas still seeing heavy transmission.