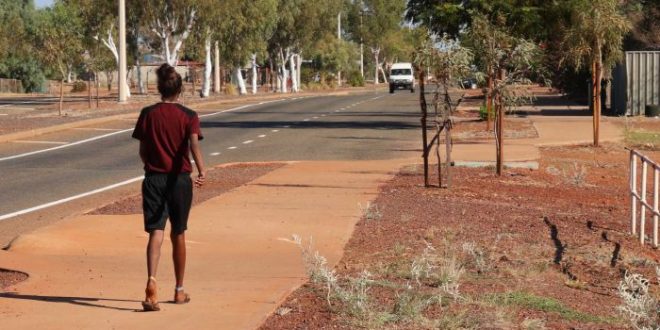 Australia’s response to the COVID-19 outbreak has overlooked the fact the majority of Indigenous Australians live in urban areas, according to an expert report, which found some families could not even access basic items like hand sanitiser.

An expert panel of health experts and politicians has found “blind spots” within the system for responding to new COVID-19 cases among Indigenous Australians, that could contribute to a greater risk of outbreaks.

Aboriginal and Torres Strait Islander people have a higher risk of getting coronavirus, because they are more likely to have underlying health conditions like respiratory and kidney diseases than non-Indigenous Australians and less likely to engage with health messaging.

Almost 80 per cent of Indigenous Australians live in urban areas, and Adrian Carson, the CEO of the Institute for Urban Indigenous Health, said the Federal Government had failed to tailor its response to all communities.

“It was definitely a blind spot, there wasn’t much recognition around the needs and specific risks that exist within urban populations across the country, particularly in my hometown of South-East Queensland,” Mr Carson said.

“The Government’s done a great job, there’s no argument there.

“But South-East Queensland is home to 11 per cent of the country’s total indigenous population and I didn’t receive too many phone calls from Canberra checking how we were going.

“I did see a fairly major focus on remote communities, rightly so, but it shouldn’t be at the complete neglect of urban communities.”

The National COVID-19 Health and Research Advisory Committee (NCHRAC) was set-up to provide advice on Australia’s health response to the crisis.

It comes after the same panel revealed concerns about the Government’s dealings with migrant groups, with community representatives telling the panel they were involved in Australia’s COVID-19 response “on an ad-hoc basis or not at all”.

The report concluded there was generally a high risk of outbreaks of coronavirus among Indigenous Australians for several reasons, like high levels of household crowding and problems with screening for COVID-19.

“Barriers to Indigenous people seeking and accessing testing and follow-up must continue to be examined and removed,” the report said.

Lower socio-economic status was another reason for heightened concerns about Indigenous people.

“Poverty in some Indigenous communities will mean that it is more difficult for families to buy hand sanitiser, face masks, disinfectant and soap,” the report states.

“Overcrowding, more chronic disease, less access to sanitiser — if you can get hold of it, and if you can afford it, less likely to have hot water and electricity and hot water in some instances — those are underlying reasons for a lot of health issues a lot of Aboriginal people are experiencing,” he said.

The report said the higher risk of outbreaks meant Indigenous people in all communities should have improved access to tests.

Dr McAullay said that had already started to happen in some areas.

“The more Aboriginal people have access to testing and the more testing we do, the better we are at understanding whether we have problems in certain cities or towns,” he said.

The panel acknowledged the work of Aboriginal Community Controlled Health Services (ACCHS) in their “focus on preventing, supporting and managing COVID-19 in their communities”.

However, it said many ACCHSs had also not been notified about testing results related to their patients, describing that as a “missed opportunity”.

“These ACCHSs should, where possible, be the lead agency in contact tracing and community engagement around outbreaks of infectious diseases such as COVID-19.”

“These messages have to be customised to and tailored to the Aboriginal community to ensure we minimise any risk here, going forward.”

She said that work was crucial in ensuring Indigenous Australians don’t miss out on vital health information.

A spokeswoman for the Federal Health Department said Aboriginal and Torres Strait Islander peoples and communities would continue to be a “priority population” in its coronavirus response plan, citing its move to isolate remote communities.

“There have been no known COVID-19 cases in these areas across Australia. This was identified from the outset as one of the greatest risks and the partnership with indigenous communities has been one of the most significant successes of the COVID-19 response to date,” the spokesperson said.

“There have been 60 cases and no deaths associated with COVID-19 reported in Aboriginal and Torres Strait Islander persons.

But Lesley Nelson said more funds could be provided to ACCHSs to ensure Indigenous Australians remain educated and informed.

“We are still a long way off yet,” she said.

“There are cases emerging from Victoria and how do we ensure our Aboriginal and Torres Strait Islander communities across the country are able to halt the spread of the virus?

“There needs to be an injection of resources to equip many community controlled organisations to do that work.”

Previous China moves forward with COVID-19 vaccine, approving it for use in military
Next Will sport embrace electronic whistles in a Covid-19 world? | Sport