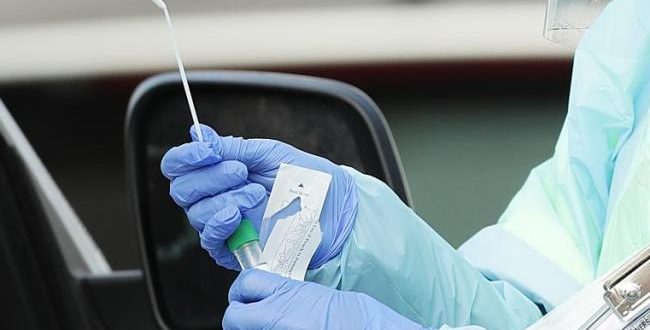 Experts have warned New South Wales could be tipped back into lockdown if it fails to stem coronavirus cases arriving from Victoria.

Epidemiologist and World Health Organisation advisor Mary-Louise McLaws said there was a “magic number” of active cases that would see health authorities in NSW too overwhelmed to conduct effective conduct tracing.

“If it gets to about 100 cases across two incubation periods — about 14 days each — in very quick succession it doubles and then after that, it can double and triple each period,” she told the ABC.

Queensland has recorded zero new cases of the virus, leaving its total at 1068.

Queensland will completely close its borders to Victorians from midday tomorrow, Premier Annastasia Palaszczuk has announced.

Victorians were initially still allowed to enter the state provided they self-quarantined for 14 days at their own expense, but from tomorrow afternoon, no visitor from Victoria will be allowed to gain access or be able to quarantine in Queensland.

The Premier said they “will be turned around”.

Experts have warned New South Wales could be tipped back into lockdown if it fails to stem coronavirus cases arriving from Victoria.

Epidemiologist and World Health Organisation advisor Professor Mary-Louise McLaws said there was a “magic number” of active cases that would see health authorities in NSW too overwhelmed to conduct effective conduct tracing.

“If it gets to about 100 cases across two incubation periods — about 14 days each — in very quick succession it doubles and then after that, it can double and triple each period,” she told the ABC.

She noted that just a few cases could “tip that magic number into outbreaks that are going to be very hard to control”.

This could see us return to a lockdown similar to as Melbourne’s stage-three restrictions, by which people must stay home unless they are exercising, shopping for essential items, visiting for caregiving purposes or going to work or school.

“For Australians who are are coming now, five months after the virus first started, then obviously each will have their own circumstances. And if they do have to wait, we ask them to be patient,” told the ABC this morning.

70,000 people have been brought through the country’s hotel quarantine system.

When Premier Daniel Andrews announced last month that coronavirus restrictions in Victoria would be eased from June 21, he probably didn’t expect to be putting the state back in lockdown less than four weeks later.

It is almost unbelievable that it has taken less than a month for Victoria’s coronavirus numbers to do a stunning about-turn.

On June 14, Mr Andrews was confirming the state would be easing restrictions. There were only 40 active cases and the number of new cases that day was just nine.

Yesterday, ahead of a six-week lockdown of metropolitan Melbourne and Mitchell Shire, there were 134 new cases. There are also now 860 active cases — a jump of more than 2000 per cent.

Here’s an explainer on where Victoria went wrong.

Police are out in full force this morning at checkpoints in Albury-Wodonga, after more than 50,000 people crossed the border from Victoria to NSW yesterday.

The border between the two states closed for the first time in a century on Tuesday night, with 44,000 people successfully applying for exemption permits.

It took locals up to an hour and a half to complete the drive from Wodonga to Albury – a journey that usually takes 10 minutes.

Victoria Police Chief Commissioner Shane Patton said there would be a “huge police presence” around metropolitan Melbourne to enforce the lockdown, with more than 1200 police officers working under Operational Sentinel.

“We’re going to be making sure they’re adhering to those guidelines. If you don’t have a reason to leave, you will be turned back around,” he said at a press conference yesterday.

“It won’t be an absolute ring of steel, but there will be a significant police presence.”

Meanwhile, Gladys Berejiklian is considering introducing a second “border” north of Albury to lower the chances of the virus spreading into NSW.

The state premier has already urged residents in Albury and other border towns not to travel to other parts of the state, warning that “the probability of contagion in NSW is extremely high”.

In her press conference yesterday, Ms Berejiklian said her government was considering either establishing a new border north of Albury or making permits more difficult to get.

She also warned additional restrictions could be introduced as early as today.

It comes as more details are revealed as to how the passengers walked away so freely.

The situation left 48 passengers uncleared in Sydney and while most have been contacted and made arrangements for screening, three passengers — along with one who has refused to be screened — have been referred to NSW Police.

Eighty nine of the 137 passengers on flight JQ520 were caught, screened and cleared before leaving Sydney airport after officials “acted quickly” and intercepted them before they made it into the city.

The ACT will quarantine people returning from Victoria for 14 days.

More than 15 per cent of businesses in inner Melbourne could face permanent closures due to the two COVID-19 lockdowns, according to a council survey.

The hospitality industry contributed $2.5 billion to the Victorian economy before the pandemic struck, but less than half of food businesses managed to stay in operation during the six-week lockdown in April and May.

“This second lockdown means they will be struggling to stay afloat. The lack of foot traffic in the city is having a devastating impact on businesses,” she said.

“We normally see up to a million people come into the city each day. Our pedestrian sensors showed a 90 per cent drop in foot traffic during the first weeks of restrictions.”

“It’s concerning that around 15 per cent of businesses surveyed before the second lockdown announcement said they would close their business permanently – or they haven’t decided if they will reopen.”

The United States has surpassed three million cases of COVID-19, according to data from Johns Hopkins University.

It took just over three months for the country to go from its first reported case on January 21 to one million cases.

It took 43 days after that to go to two million cases.

Just 28 days later, the country’s cases rose by another million.

Over 131,000 people have died from the virus since the pandemic began.

Previous Ford says he won’t accept a ‘bad deal’ with Ottawa for financial aid, introduces omnibus COVID-19 recovery bill
Next Ottawa won’t be much worse off fiscally, even with record borrowing