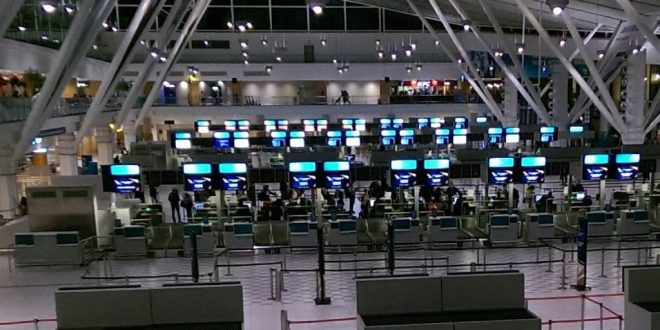 An emergency Cabinet meeting to be held on Sunday could decide whether South Africa should impose stricter measures such as travel bans on countries which have not controlled Covid-19 infection rates, according to a report in the Sunday Times.

With Minister of Health Zweli Mkhize announcing South Africa’s 38th positive Covid-19 case on Saturday, the Cabinet meeting could see a ban on travellers from Europe, a restriction on spectators at sporting events and a limit on public gatherings, according to the publication.

A source who spoke to the newspaper from Italy has told the publication that the hard-hit country, as well as Iran where the death toll has reached 500, would be on this list of banned countries.

But China, the epicentre of the outbreak, might not be on the list of banned countries because it has largely managed to contain the outbreak in the Asian state.

These measures could have a negative impact on South Africa’s economy, with tourism already taking a knock, Fin24 reported this week.

According to the Sunday Times, Cabinet will consider a mandatory quarantine of travellers from high-risk countries and how to restrict gatherings to 1 000 people.

The decision will be made as many countries around the globe implement their own travel bans and restrictions.

The meeting is expected to deal with a wide range of areas which could be affected by the spread of the Covid-19 virus, including education, tourism and public transport.

News24 previously reported Italy has instituted a lock down of the country, shutting down businesses, schools and stores except for pharmacies and food stores.

International events in South Africa have also been cancelled in light of coronavirus virus fears, with major sporting events suspended.

Stay up to date and stay healthy. Subscribe to Health24’s Daily Dose newsletter for important updates on the spread of the coronavirus. Register and manage your newsletters in the new News24 app by clicking on the Profile tab

Previous Did we win? Canadians who served in Afghanistan reflect on the prospects for peace | CBC News
Next UK national with COVID-19 boards flight from Kochi, 270 passengers offloaded