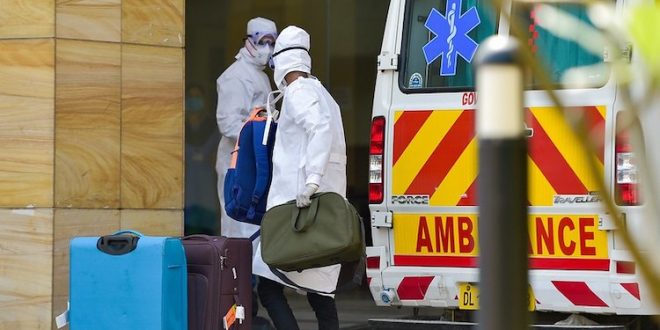 However, it is a major lapse that the hotel and health officials allowed them to leave the hotel in Munnar, where they were under observation.

(Update at 1 pm on March 15: The flight has departed for Dubai after the man and 19 others were offloaded.)

A passenger from the United Kingdom who was under observation for COVID-19, and later tested positive, boarded a flight from Kochi airport to Dubai airport on Sunday, March 15. However, health officials reached the airport just as the flight was about to depart and the passenger was immediately off-loaded, along with 19 others who were with him. The Emirates flight had 270 passengers on board along with the group and all of them have been deplaned too and will undergod medical checks and quarantine if needed.

The UK national and his entire group had been under observation since he was suspected to have coronavirus and was in quarantine at a KTDC Hill Resort in Munnar. Authorities had asked him and the group of 19 others not to leave. He and the group, however, came to the Cochin International Airport without informing the authorities. When the result came, and he tested positive, health officials in Munnar realised that he had gone to the airport. However, it is a major lapse that the hotel and health officials allowed them to leave the hotel.

Devikulam Sub-Collector Prem Krishnan said that health officials were at the hotel till 10.30 pm and the group left after that. He told TNM that the results came in only today (March 15) and by then, the man had left the hotel. Authorities say the group’s travel agent came and took them along, insisting that they had to leave. Authorities say they will now probe how the group was allowed to leave the hotel.

A source in the Ernakulam Collectorate said that they received a call from the Idukki administration saying this individual was trying to leave India. Officials at the airport immediately checked the flight. “We may have to shut down the airport,” the source said.

All the other 270 passengers on the Emirates plane to Dubai will now be off-loaded and sent for testing.

With three positive coronavirus cases being reported from the state capital, including an Italian who was staying at a resort at Varkala beach, the Kerala government on Saturday imposed restrictions on visitors’ entry at malls, gyms and beaches and warned people not to venture out of their homes, unless needed.

So far 19 people have tested positive for the virus from the state.

Restrictions have been imposed by the state government, and checks are in place including train stations and for those travelling by road.

A special team will monitor all the passengers of inter-state trains at the first station inside Kerala borders. The team will comprise one paramedical staff, a policeman and a local volunteer and they can examine two bogies at a time. Train passengers would also get an SMS alert, saying they would be checked at the first station the train touches after entering Kerala.

The state government has also identified 24 points in the border road areas of Kerala from north to south and a separate team, headed by a Deputy Superintendent of Police (DySP) will monitor those who travel by vehicles.