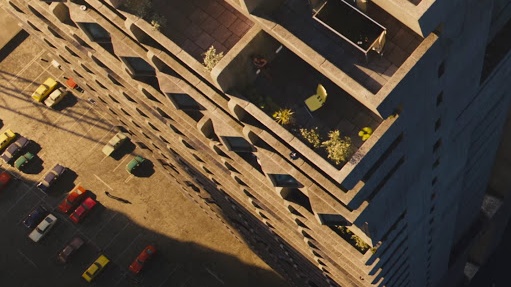 Coronavirus crisis can change cities for the better

Cities rise and fall, but the city has a way of confounding its would-be obituarists. Futurists thought digital communications would kill off urban living. The growth of the suburbs threatened to hollow out the centre. The 9/11 attacks were presumed by many to mark the end of the era of the skyscraper. For centuries, war, pollution, violence and plague have reminded us that density makes us vulnerable, but still the majority of us – 55 per cent of the world’s population, by the United Nations’ latest count – choose to live this way. Indeed, cities often emerge stronger from their moments of greatest peril. The 1918 influenza pandemic killed millions of Europeans, but within a few years Paris and Berlin were booming again.

That resilience tells us the modern city will survive the Covid-19 pandemic. But it could yet be transformed by the crisis.

This has been a largely metropolitan trauma. Wherever the virus has taken hold, the epicentres – Wuhan, Madrid, New York, London – are big cities where people live in close quarters, commute on cramped trains, pray in big congregations and drink in crowds. What gave cities their life also helped take it away. One of the recurring visual motifs of the past three months has been the haunting image of the abandoned city, with its streets deserted, shops boarded up and office blocks lying empty.

Some of those closures will be permanent, because if and when the health crisis comes to an end – as it will if the virus burns itself out, immunity levels reach critical mass or a treatment or vaccine become available – another, economic, crisis will continue. Many shops and restaurants will not make it out the other side. Cultural life will be reeling from the shock of the lockdown; Unesco, the United Nations cultural agency, has warned that the pandemic may permanently close one in eight of the world’s museums.

Social distancing will result in longer queues, Spartan pubs and a generally more monochrome version of urban life. And with the enforced shift towards remote working having opened people’s eyes to an alternative routine, many employers (alert to the savings they can make by reducing their office space) and workers (tired of high housing costs and long commutes) may come to the same conclusion: that the office itself is obsolete. Prohibitive living costs were already resulting in population decline in some western cities. This would accelerate it.

Cities have always flourished because people are drawn to the possibilities they offer: jobs, trade, exchange of ideas. That constant inward flow is what sustains and renews them. If the looming recession is accompanied by a nativist, protectionist turn, and that results in stricter migration policies, it would prolong the downturn and speed up population decline in many cities. Philadelphia, for example, would have shrunk without immigration over the past five years.

But unless pandemics become the new normal – which as the urban economist Edward Glaeser of Harvard University has noted would result in tens of millions of urban service jobs disappearing and large-scale social dislocation – then the current crisis should allow for a broader rethink about how cities are designed, maintained and lived in. Just as the cholera outbreaks of the 1830s resulted in better sanitation in London and the tuberculosis epidemic in New York in the early 20th century led to better housing regulations and public transport, the current crisis could turn out to be an important inflection point. Some cities have already begun to reorganise themselves by creating more room for pedestrians and cyclists, improving homeless accommodation and taking steps to free up tourist housing for residents. Many of these are nominally stopgap measures, but it will be difficult to reverse them.

In many cities, the poor and ethnic minorities are   vulnerable. We must rethink housing conditions and economic geography

But the new momentum behind the push for urban cycling infrastructure and an expansion of public spaces is only a start. A more thorough rethink would consider how to improve sustainability, food security and living standards. It would note how, in many cities, the poor and ethnic minorities have been particularly vulnerable, and ask what that has to do with housing conditions and economic geography. It would look at ways of easing pollution and commuting times by making city life more compact. (In Paris, mayor Anne Hidalgo talks of creating the “quarter-hour city”, where most daily needs are withing a 15-minute walk, cycle or public transport journey.) It would think about ways to renew artistic life and rejuvenate the creative scenes that have been endangered by soaring rents.

The city is where the future happens first. Its transitory, unforgiving, fleeting nature, its constant capacity for reinvention, is what makes it so intoxicating. If any good can come of the agony of Covid-19, it is that the city, the epicentre of the epidemic, can be the laboratory for a new wave of experiments into better living.

Previous Delhi HC raps government as dead bodies of COVID-19 patients not being cremated
Next Covid-19: Pupils may be kept apart in groups and pods when schools reopen