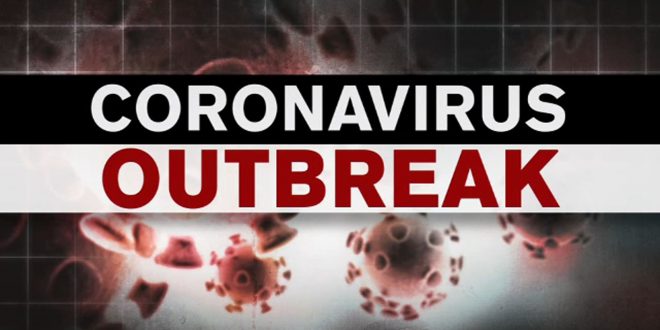 NEW YORK (WABC) — The first case of coronavirus has been reported in New York City. Both Mayor Bill de Blasio and Governor Andrew Cuomo say that the risk to New Yorkers remains low.

They will hold a press conference together Monday at 9:45 a.m. to provide an update.

Ahead of the press conference, Mayor de Blasio tweeted,”Our health authorities have been in a state of high alert for weeks, and are fully prepared to respond. We will continue to ensure New Yorkers have the facts and resources they need to protect themselves.”

Governor Cuomo provided details about the patient. “The patient, a woman in her late thirties, contracted the virus while traveling abroad in Iran, and is currently isolated in her home. The patient has respiratory symptoms, but is not in serious condition and has been in a controlled situation since arriving to New York.”

The 39-year-old woman is a healthcare worker. She’s expected to recover.

The governor said on Monday that the woman was not symptomatic when she flew home and did not take public transportation to her Manhattan apartment.

Governor Cuomo said he is more concerned about the perception and fear. “You cant allow the fear to outweigh the reality.”

But he does expect some community spread to eventually.

“The positive test was confirmed by New York’s Wadsworth Lab in Albany, underscoring the importance of the ability for our state to ensure efficient and rapid turnaround, and is exactly why I advocated for the approval from Vice President Pence that New York was granted just yesterday,” Cuomo said.

Additionally, two people are being tested for COVID19 (coronavirus) in New York City, according to health officials.

The NYC Department of Health announced Sunday they are performing the novel coronavirus tests, which means they will be able to get results back much sooner.

Health officials also announced that one other test they performed turned out negative.

Health officials in Washington State have confirmed the first U.S. death due to COVID-19.

The announcement came during a press conference involving officials from Public Health – Seattle & King County and the Washington State Department of Health.

At a news conference Saturday afternoon at the White House, President Donald Trump confirmed the death.

The man who died was in his 50s, had underlying health conditions and no history of travel or contact with a known COVID-19 case, health officials in Washington state said at a news conference. A spokesperson for EvergreenHealth Medical Center, Kayse Dahl, said the person died in the facility in the Seattle suburb of Kirkland.

President Trump said in a news conference that healthy Americans should be able to recover if they contract the new virus.

At the same news conference, Trump’s team also announced a travel ban to Iran and to parts of other countries most impacted by the virus.

In the meantime, the New Jersey Department of Health reports that test results have come back negative for the person in Monmouth County who was under investigation for novel coronavirus.

The department reports there are no other people in New Jersey who are currently approved and awaiting test results for the virus that causes COVID-19.

The CDC has also confirmed that the 8th person tested for #COVID19 in the city has come back negative.

Gov. Andrew Cuomo said Saturday that New York has received approval to conduct its own tests for COVID-19, a move aimed at providing quicker turnarounds for results.

Cuomo said the state’s test has been approved by the Food and Drug Administration and that testing will begin immediately at Wadsworth Lab near the state Capitol in Albany.

“This approval will expedite wait time and improve New York’s ability to more effectively manage the coronavirus situation as it unfolds,” Cuomo said in a prepared release.

There are no confirmed COVID-19 cases in New York state, though one person was under investigation in New York City. Those results have since come back negative.

As state and big-city public health labs awaited a fix for faulty COVID-19 test kits from the federal Centers for Disease Control and Prevention, New York City and state sought permission this week to run their own version of the test.

Since emerging in China in December, COVID-19 has sickened more than 85,000 people and killed more than 2,900 around the world.

“Today, the FDA approved our application to develop our own test for the Coronavirus. That is not the only good news: after asking the CDC for weeks, they have finally sent us new kits that will allow us to run the CDC’s test locally. This means we will soon, within the coming week, have the ability to get results back in a matter of hours, not days. Quick detection is vital to stopping the spread of the virus, and this development will help the experts do their job to protect New Yorkers.”

The University of Connecticut has notified its students studying abroad in Italy that they must return to the U.S. as soon possible in light of new guidance provided by federal health officials concerning the COVID-19 virus.

In a letter released Saturday to the UConn community, school officials said UConn is also canceling all official travel to Italy. UConn is the latest school to take such actions.

UConn currently has more than 300 students participating in overseas academic programs in 29 nations, including 88 in Italy, one in South Korea and two who turned around before making it to South Korea, a school spokeswoman said. All of the students in Italy and South Korea will be returning to UConn, the school officials said. The University has no students in China or Iran for academic programs at this time.

Those students returning to UConn from overseas will be provided online and remote learning opportunities.

“The health and safety of our UConn students and employees is our highest priority. Please rest assured that working in collaboration with our state and local health departments, we feel prepared to respond to any cases of COVID-19 that might present themselves on our campuses or at UConn Health,” school officials said in Saturday’s announcement.

To date, there have been no cases of COVID-19 reported in Connecticut or at UConn.

The federal Centers for Disease Control recommended on Friday evening that Americans avoid all nonessential travel to Italy and Iran, noting there is limited access to adequate medical care in areas affected by the virus.

New York, New Jersey and Connecticut are moving ahead to implement their own testing for the novel coronavirus, officials say.

Meantime, at least one person Eyewitness News has spoken to has chosen to self-quarantine in his Brooklyn apartment after he says the CDC refused to test him for the virus.

The developments come as New York state works on its own test for COVID-19 amid a growing backlog of testing at the CDC in Atlanta, and Governor Andrew Cuomo said Friday that he spoke to Vice President Mike Pence to discuss plans.

RELATED: How to protect yourself from the coronavirus

As the number of people who need to be tested is going to increase due to the inclusion of more origin countries, Cuomo said it is “virtually inevitable” there will be a positive case in the state.

“As of this morning, 28 cases have been tested, 27 negative, one is still pending, but it is inevitable in my opinion, or virtually inevitable, based on mathematics and practicality,” he said. “I don’t want to get into this game, every day, ‘Thank God no one tested positive,’ and when someone tests positive, now everyone gets nervous. We will have people who test positive. You cannot hermetically seal the United States of America.”

Cuomo also stressed that the state is preparing and rattled off the possible future scenarios, noting, “The worst case scenarios, they are problematic and disruptive.”

“I don’t give a darn about anybody’s politics,” he said. “We have to be ready.”

New Jersey on Friday announced its own similar testing to be conducted at the New Jersey Public Health Environmental Laboratories in West Trenton, using testing kits provided by the CDC.

Additionally, lawmakers, including Sen. Bob Menendez, toured Hackensack Meridian’s Center for Discovery and Innovation, where infectious disease experts and researchers are continuing to study the virus.

Connecticut announced it will also conduct its own testing with CDC kits at the Connecticut Department of Public Health’s laboratory in Rocky Hill.

“As our administration laid out this week, Connecticut is taking every necessary precaution and proactive step to ensure we are ready to respond to the novel coronavirus,” Governor Ned Lamont said. “Being able to test for the virus locally will allow us to conduct diagnostics and take every measure in our capability in an expedited fashion.”

There are three components to the CDC test for COVID-19, and the kits the CDC sent out nationwide earlier this month had a faulty third component, requiring most samples to be sent to the CDC in Atlanta for analysis.

The third reagent was giving inconclusive results when many laboratories were trying to verify that it was working. The CDC created that test, and the three components, before there was a US case. But once they had US cases to test with, the CDC concluded the test would function without the third component.

CDC has now informed public health labs that it is comfortable making a preliminary determination of unexplained symptoms with two of the three components of the test.

New Jersey and Connecticut are following CDC guidance and are ready to begin tests using two of the three components, but departments of health in New York City and New York state also have concerns with the second component producing accurate results.

Both agencies are continuing to talk with CDC before using the test to determine preliminary positive coronavirus, which will still have to be confirmed by the CDC.

So while this new test eliminates the multi-day lag time to determine preliminary positive, it will not be a confirmed positive until tested by CDC lab in Atlanta.

The CDC hopes all 100 public health labs across the country to be able to run tests by the end of next week.

Centers for Disease Control and Prevention on coronavirus

New Yorkers can call the State hotline at 1-888-364-3065, where experts from the Department of Health can answer questions regarding the novel coronavirus.