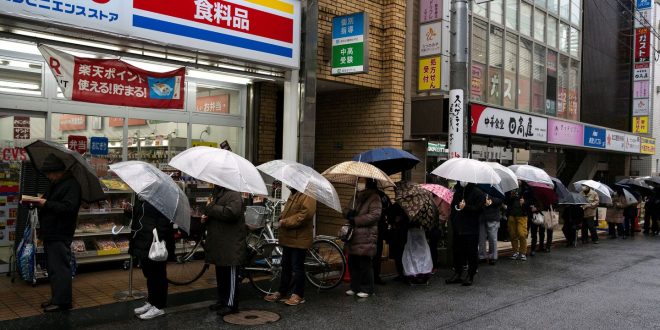 As Israelis head to the polls on Monday, the country’s top health official urged voters not to allow coronavirus fears to keep them away from the ballot box.

The message on Sunday from Moshe Bar Siman-Tov, director-general of Israel’s health ministry, came as the spreading virus has cast a heavy cloud over the country’s elections, with some worrying it could be used to suppress voter turnout.

“The situation is under control. Everyone who was infected with the coronavirus, we know where they were infected,” Bar Siman-Tov said in a video statement, according to the Times of Israel. “It’s safe to go vote. Don’t hesitate.”

Although Israel has reported 10 cases and no deaths, it has quarantined more than 5,000 people who may have been in contact with coronavirus patients.

As The Post’s Steve Hendrix reported last week, government officials have prepared over a dozen biohazard voting sites to accommodate them. In masks and latex gloves, these quarantined voters will cast ballots in special double envelopes that will be counted separately. Instead of regular poll volunteers, the polls will be overseen by emergency technicians from a paramedic corps — on the other side of a plastic wall.

Anyone who demonstrates symptoms of coronavirus, however, has been prohibited from voting — even at the biohazard polls, the health ministry said.

“For everyone else, I say, go vote, everything is safe and you don’t need to worry,” Siman-Tov said, according to the Times.

With Monday marking the third set of national elections in less than a year, some worry that rumors about the novel coronavirus could dissuade an already exhausted electorate and lead to yet another stalemate.

Benny Gantz, the chief rival to Prime Minister Benjamin Netanyahu, has accused the sitting leader’s party of spreading misinformation to keep voters from the polls.

But as the health ministry stressed that it is “the only official source of information” on the coronavirus, police said they will be closely monitoring the elections to stop the spread of rumors or false information “aimed at causing panic and disorder” around covid-19.

While visiting an ambulance service emergency center on Sunday, Israeli Prime Minister Benjamin Netanyahu echoed the words of his health minister and urged voters to head to the polls, the Times reported.

“We are in the midst of a global crisis,” he said, “but there is no country that is better prepared than us.”

Ruth Eglash contributed to this report.