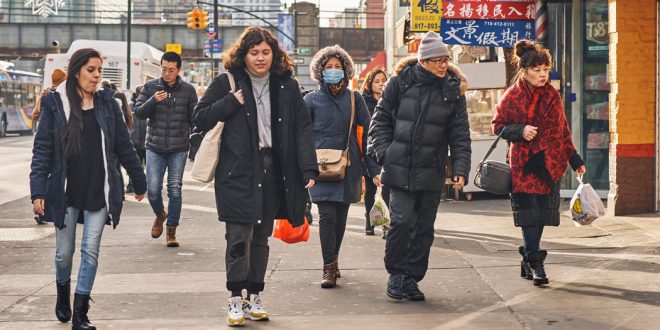 New York City health officials announced on Saturday that a patient at Bellevue Hospital Center may have the novel coronavirus. If confirmed, it would be the first known instance of the virus in New York City.

Local authorities are unable to test for the virus so they are sending a sample to the Centers for Disease Control and Prevention for confirmation. Based on the patient’s symptoms and travel history from China, they are taking it seriously. This is the first time that city officials have sent a sample to the C.D.C. for testing.

Another reason the health authorities suspect it is the novel coronavirus: They have tested it for influenza and other common illnesses, and those tests came back negative, health officials said.

The health authorities said the individual is under 40 and is in stable condition. They said they do not expect to receive results from the C.D.C. for 36 to 48 hours, or possibly longer.

“An individual with a travel history to China felt unwell and sought help from a medical provider who promptly contacted the Health Department,” said the health commissioner, Dr. Oxiris Barbot.

The virus is believed to have originated in the Chinese city of Wuhan and has been confirmed in nearly 20 other countries. There are now eight confirmed cases in the United States and over 12,000 worldwide. More than 250 people have died.

Chinese authorities have tried to lock down Wuhan as well as a number of surrounding cities. But millions of people had already left Wuhan between the time the virus began appearing late last year and the imposition of a travel ban.

Dr. Barbot last week said it was “inevitable” that the virus would make its way here. In recent days she has urged calm, telling New Yorkers to go about their lives.

Even those who recently traveled from Wuhan and felt fine and symptom-free should go about their lives, she said. Plenty of people have heeded her advice but anxiety was clearly rising among others.

In recent days, the sight of people wearing surgical masks as they rode the subway or walked on the streets has grown more common.

While many celebrations of the Lunar New Year, a major Asian holiday, went on as planned across the city’s Chinatowns, some appeared to have been more sparsely attended than in past years.

At least one large event in Flushing, Queens — the Lunar New Year Chinese Temple Bazaar — was canceled, with organizers acknowledging the “concerns that many people in the community have about large gatherings at this time, especially because the full risks of the virus are not yet known.”

In the past week, health officials across New York State have sent samples — taken by means of an oral swab, nasal swab and by asking a patient to spit — from at least 10 people to the C.D.C. in Atlanta to be tested for the coronavirus. Local laboratories do not have that capability for now.

City health officials say they are ready for this moment, given their history of dealing with unfamiliar or highly contagious viruses.

In 2018 and 2019, the city contended with an outbreak of measles — one of the most contagious diseases — in Brooklyn. And in 2014, Bellevue, the city’s flagship public hospital, treated an Ebola patient.

“The current risk is low, and the level of preparedness is high,” Dr. Barbot said on Tuesday at a news conference in Manhattan’s Chinatown.

Public health officials have been urging anyone with flu-like or respiratory symptoms who have traveled to Wuhan recently — or been in contact with someone who has — to seek medical care immediately.

The officials have also said that patients found to have the new coronavirus may be sent home to ride out the illness if the symptoms seem relatively mild. Patients more severely affected would be hospitalized.

Complicating matters, public health officials said, is that New York is in the midst of a relatively bad flu season.