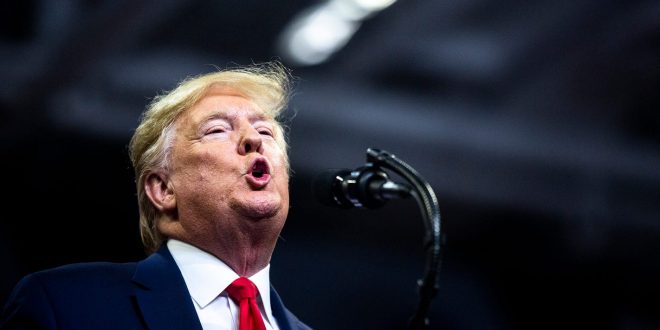 With the vast majority of senators voting along party lines, a motion to call witnesses failed in the U.S. Senate in Trump’s impeachment trial.

Justice Department and Office of Management and Budget attorneys acknowledged in the late Friday night filings the existence of emails explaining the president’s thinking about withholding about $400 million in Ukraine aid. Hours earlier, the Senate voted largely along party lines to not call witnesses in the impeachment trial. A final vote on whether or not to acquit Trump is expected Wednesday.

“Specifically, the documents … are emails that reflect communications by either the President, the Vice President, or the President’s immediate advisors regarding Presidential decision-making about the scope, duration, and purpose of the hold on military assistance to Ukraine,” Heather Walsh, deputy general counsel for the Office of Management and Budget, wrote.

At the center of the impeachment case against Trump is whether he withheld the military aid last year in part to pressure Ukraine President Volodymyr Zelensky to announce investigations that would help Trump in his 2020 reelection bid.

Congress had appropriated $391 million in security assistance to Ukraine to be administered by the Defense and State departments. Last June, the Defense Department announced it is providing $250 million of the aid. But the agency and the Office of Management and Budget later “received inquiries” from the president about the funds, the House said in its impeachment report.

In early July, the Office of Management and Budget announced the funds are being withheld at Trump’s direction, according to the report. No reason was provided. The aid was released in September. A whistleblower filed a complaint to Congress a month earlier detailing concerns about the July phone call and the withholding of the aid.

In a call with Zelensky days later, Trump asked the Ukrainian president “to do us a favor” by investigating Burisma, a Ukraine energy company, and Hunter Biden, a member of its board and son of Democratic presidential front runner Joe Biden.

William Taylor, the former top diplomat in Ukraine, testified in October that the White House dangled the military aid and a meeting with Trump to pressure Zelensky to open investigations into Burisma and alleged Ukrainian interference in the 2016 election.

Former national security adviser John Bolton wrote in his upcoming book that Trump had explicitly told him he wanted to withhold the aid until Ukrainian officials turned over documents related to the 2016 election and Joe Biden, according to a New York Times report that cited people who had seen the manuscript.

The Friday filings were in response to a lawsuit filed by the nonprofit Center for Public Integrity, which is seeking records, including memos and emails, concerning military aid to Ukraine. Walsh, the Office of Management and Budget attorney, explained that the agency is not disclosing dozens of documents that are considered privileged.

Among them are 24 redacted documents containing emails that are considered presidential communications, Walsh said.

The government’s lawyers have asked a judge to dismiss the lawsuit, saying they have fulfilled the center’s requests for documents.

The Senate is expected to begin closing arguments in President Donald Trump’s impeachment trial on Monday.