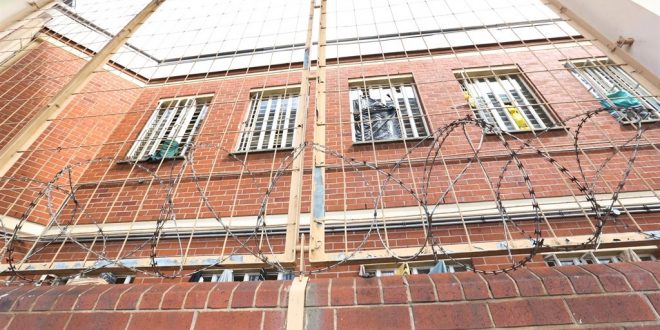 The Department of Correctional Services recorded 654 positive Covid-19 cases on Tuesday evening, an increase of 49 since Monday morning.

This included 199 officials and 455 inmates, with recoveries standing at 123, the department said in a statement on Tuesday.

“Results of inmates who were tested at SADA [prison] in the Eastern Cape recorded an increase of 34 positive cases.

“This is one of the areas receiving attention from the provincial Department of Health as Chris Hani District has been classified as one of the epicentres in the Eastern Cape,” spokesperson Singabakho Nxumalo said.

The Eastern Cape, an area of concern for the prisons system, recorded 460 cases, which included 61 officials, 399 inmates, two deaths and 71 recoveries.

The Western Cape has 170 cases in its prisons, with 123 officials, 42 inmates. It has two deaths and 48 recoveries.

Limpopo has two cases of officials infected with Covid-19 and one recovery.

In the Northern Cape, two officials have been infected with the virus.

One official has been infected in the Free State, as well as two officials in KwaZulu-Natal.

In the department’s head office, one official has been infected and one has recovered.

Previous Mirabai twice thought she was clear of COVID-19. But she has just returned a third positive test
Next JUST IN | Grim Covid-19 projections for SA: 40 000 deaths, 1 million infections and a dire shortage of ICU beds