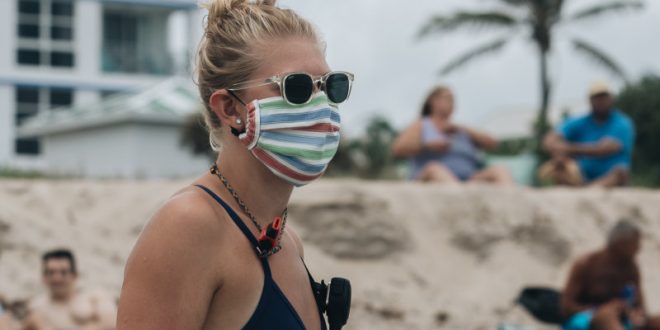 Could there be a second wave?

The story was the same, 101 years apart.

Australians swelter through the summer holidays as a young man is placed in isolation in a Sydney hospital on January 25. He has just arrived from overseas, and his his symptoms resemble influenza.

Within days, authorities scramble to stop the spread of a deadly virus from overseas. Cases surge, travel stops and businesses are shuttered.

On January 25, 2020, the man is from Wuhan, China. He flew to Melbourne from Guangzhou.

On that same date in 1919, he’s a soldier home from World War I – the first hospital admission for Spanish flu in Australia. The Sydney Morning Herald reports officials saying there’s “nothing yet to justify urgent measures”.

But that’s where authorities want the repeat of history to end.

The outbreak in 1919 – with a second wave more deadly than the first – would go on to infect a third of Australia’s population and kill nearly 15,000 nationally.

With the coronavirus curve flattened, the nation’s health infrastructure is now geared to avoid a second wave of COVID-19 in 2020.

Already risk is emerging overseas. Chinese authorities implemented new restrictions this week after an outbreak in Beijing and more than 20 US states have seen increases in new cases. In Germany, virologists fear a “prevention paradox”, a second wave spurred by complacency.

As the easing of physical distancing rules gains pace around Australia, Victoria currently has authorities most on edge. The state recorded its worst single day for new infections in four weeks on Wednesday, prompting Prime Minister Scott Morrison to warn of a “disastrous impact on the economy” from a second wave.

The majority of new cases are travellers in hotel quarantine, but Victoria’s Chief Medical Officer Brett Sutton admits he’s worried. There are 91 active cases going into the weekend, up from fewer than 50 a week ago. Sutton blames lockdown “fatigue” and growing social interaction.

“It’s not unique to Australia but it’s going to have significant consequences if we can’t pull it back in some way,” he says.

Unsurprisingly, the world is watching an outbreak linked to a Beijing produce market, amid fears of a second wave occurring even in countries where controls are at their strictest.

After months of few domestic infections, there are fears of a wider contagion throughout China.

By Friday, 183 infections were linked to the huge meat, seafood and produce market,where authorities found traces of the virus on a chopping board used to slice imported salmon.

The outbreak surprised many, given Beijing was one of China’s last cities to relax restrictions due to the political sensitivities of the capital: international flights were diverted to other parts of the country during the outbreak to spare it from possible cases.

The response to the sudden spike was swift. Local residents are now banned from travel, schools are closed, thousands of people living near the market cannot leave their apartments, and 356,000 people had been tested as of Friday morning.

“We don’t know if this action will be effective or not,” Zhong Nanshan, the Chinese government’s top medical adviser, told an Australian university webinar this week. “We will see in another two or three days if we can stop this spreading. This is another new challenge for China, but this is true for all countries. On one side we have to contain the disease and on the other hand [open up the economy]”.

AMP Capital chief economist Shane Oliver has said a second wave in major developed countries was the biggest risk facing equity markets around the world. He warned in a note to investors that the situation in China and the US “could escalate into something serious”.

“Provided any second wave is relatively mild in terms of pressure on health systems and the number of deaths”, it’s unlikely to wreak the havoc seen back in March, he wrote.

Anxious business leaders have pressed Greg Hunt and other senior ministers for reassurance. The Health Minister believes the first half of 2020 has been one of the hardest periods in generations for many Australians, and global cases are likely much higher than official figures.

The World Health Organisation wants 2 billion doses of a coronavirus vaccine produced by the end of 2021, coming as the developing world is hard hit. Indonesia had its biggest daily increase in cases this week, while in Africa, the Democratic Republic of Congo is facing three simultaneous pandemic crises: ebola, measles and COVID-19.

Intensive care capacity has been tripled, stocks of personal protective equipment and ventilators boosted and the medical workforce strengthened.

“I think with the extent of testing we are able to do, the contact tracing, and the fact we’re starting from a pretty low level of cases, means we’re in a good position,” Burrell says.

“It would be wonderful if other Western countries with a lot of technology could do the same, but their case load is so much higher. They’ve got a huge problem.”

Burrell says reopening to the world presents the biggest challenge. “The 1919 Spanish flu likely arrived in Australia as soldiers returned from the war, with poorly co-ordinated quarantine rules and sometimes lax enforcement,” he says.

“How we actually stage the return of international travel is going to need a lot more thought and careful planning. Uncontrolled travel from Britain or the United States would create a huge problem, very quickly.”