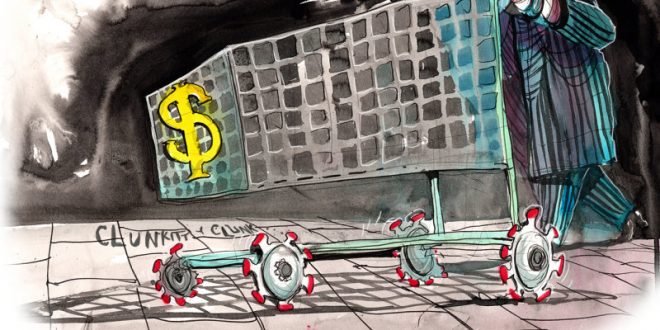 Visit one of Australia’s big shopping malls this weekend and you’ll get the sense life is almost back to normal.

Sure, the food court is still closed and a handful of stores remain in darkness. But the foot traffic’s back near pre-COVID-19 levels and consumers have the tills ringing.

On Friday, furniture retailer Nick Scali said its sales for May and June climbed 54 per cent, a burst that will leave full-year revenue and net profit just below that seen in financial 2019.

The news was even better at homewares retailer Adairs. A 27.4 per cent rise in sales since the start of the calendar year – propelled by a staggering 92.6 per cent rise in online sales – means fiscal 2020 revenue will be about 12.5 per cent above last year’s level.

Friday also brought the latest official retail trade numbers, with a 16.3 per cent jump in May taking sales for the month to $28.8 billion, just below the $30 billion seen in March.

But while these data points are encouraging, they don’t tell retail’s real story.

The sector’s leaders are treating the jump in sales cautiously, fearing it’s a sugar hit that mainly reflects pent-up demand and the huge level of stimulus the government has pumped into the economy.

Smart retailers look beyond these numbers, the foot traffic in malls and the new normal of physical distancing, and are making hard decisions to prepare for a world that COVID-19 has unquestionably helped shift to online shopping.

A neat case study of this came earlier this week, when women’s fashion retailer City Chic Collective said it would close 14 of its 92 stores across Australia and New Zealand, having been “unable to reach agreement on appropriate post-COVID rents”.

But the incredible success of City Chic’s digital strategy – online sales account for two-thirds of total sales, and rose more than 50 per cent during the pandemic shutdown – gives Ryan the confidence to make tough calls.

Citi analyst Bryan Raymond estimates City Chic will lose $6 million in sales from the shuttered stores (its annual sales were $148.4 million in fiscal 2019) but will save $2 million in rent. And with City Chic confident it can divert affected customers to nearby stores or online, Raymond trimmed his earnings forecast for financial 2020 by just 0.2 per cent.

Investors loved Ryan’s call; City Chic shares finished the week 19 per cent higher at $3.05. The stock is up a handy 53 per cent in the last 12 months, but those brave enough to buy in when the market hit its low on March 23 have watched it soar 270 per cent.

UBS analyst Ben Gilbert believes Australian online sales penetration (excluding grocery) will rise to 17 per cent by financial 2024 from its current 11 per cent of total sales.

But for every 1 per cent per annum increase in online penetration, Gilbert expects a 2 per cent per annum reduction in store numbers, excluding food. That equates to about 810 stores – the same number of closures or planned closures announced in the last six months.

The empty shops left by store closures and the inevitable retail collapses we’ll see in the post-COVID-19 environment will increase the power of retailers to extract better deals from landlords.

City Chic’s shutdowns are dwarfed by that of Premier Investments, which shut 33 stores last calendar year and 134 in the last seven years after failing to secure rent concessions from landlords.

“About 70 per cent of Premier’s stores are in holdover, or have leases expiring in 2020, which should give chairman Solomon Lew and chief executive Mark McInnes bargaining power in their quest to get landlords to move to rents based on a percentage of turnover. That would be a dramatic and unpalatable change for mall owners who would be left with high fixed costs and variable income.”

Gilbert sees scope for Premier to increase online sales from about 12 per cent to 25 per cent, and close 20 per cent of its stores. Even assuming no rent reductions, Premier’s earnings could lift 12 per cent thanks to a lower rent bill from the store closures, lower distribution costs as online scale improves, and better margins from online sales.

Not every retailer is as well placed as Premier, which has a strong online channel and owns its own distribution centre, meaning it has no need to use stores to fulfil online orders. Some will need to pull investment out of their physical store network to beef up the logistics and fulfilment.

There are no easy decisions here. But it’s a fascinating backdrop for The Australian Financial Review’s virtual retail summit next Thursday, when retailers, landlords and experts will chew over the implications for a sector at a real tipping point.

Previous B.C. private school halts in-class instruction after COVID-19 case
Next Could there be a second wave?