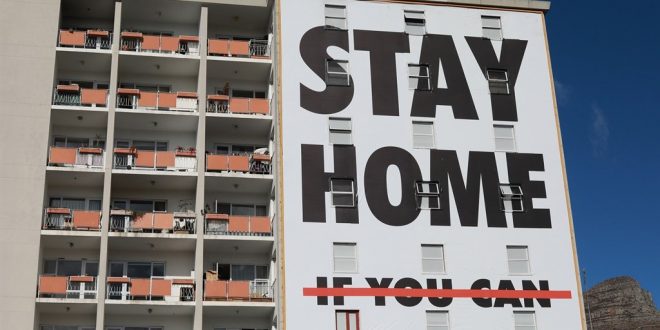 A News24/Ipsos poll has revealed what appears to be high levels of apathy among News24 readers toward Covid-19, and particularly among young people.

Only 37% of readers expect to catch Covid-19 sometime in the future. This is despite modellers’ projections that about 13 million people could be infected in the next few months alone.

Just 29% of 18 to 24-year-olds say they either agreed or strongly agreed with the statement “I expect to be infected with the coronavirus in the future”.

News24 and Ipsos conducted the survey in an attempt to understand the impact of the pandemic on readers’ personal finances, but also sought readers’ views on a number of issues related to Covid-19.

The findings of the poll were weighted and projected to account for demographics and internet connectivity.

Mari Harris, political analyst at Ipsos South Africa, explained: “The findings are representative of South African adults with access to the internet – whether this access is at home, at work and/or on a mobile phone. This group represents about two-thirds of all adults in the country and covers all provinces, population groups, ages and people of different working status and incomes.

“However, it will be fair to describe this online group as more ‘connected’ than those South Africans who have no access to the internet.”

Other findings in the poll include:

About 43% of people ages 35 to 39 expected to get the virus, which is the highest percentage across the age groups. The other age groups fell somewhere in between that age group and the 18 to 25s.

According to the National Institute for Communicable Diseases’ (NICD) most recent epidemiology report on 13 June, the median age of people who contract the virus is 38. People aged 40 to 44 are the most at risk for catching the virus.

And as infections continue to surge in Gauteng, only 33% of people living in the province expected to catch the virus – the lowest number of all the provinces. Dr Francois Venter, a member of the Ministerial Advisory Committee (MAC) advising government on Covid-19 and an HIV expert, said the fact that so few young people expect to catch Covid-19 was worrying. Venter is the head of Ezintsha at the University of the Witwatersrand.

However, he said it would be important to try to understand why people did not expect to catch the virus.

“It does worry me. The more data we get, the more it (Covid-19) looks like other seasonal viruses, and anything from 50 to 70% will get it. Having said that, most people in those age groups will barely notice it. I would be more interested in asking this group why they think they won’t get it. It would be reassuring if they said it’s because they are physical distancing, washing hands and wearing masks,” Venter said.

‘Someone close to me will die’

Despite the seemingly low number of people who expected to get the virus, a much higher number fears someone close to them would die of Covid-19.

Nearly 57% of News24 readers either agreed or strongly agreed with the statement “I am afraid someone close to me will die of Covid-19”.

About a quarter were not concerned at all about this possibility.

In this case, young people appeared to be more worried that someone close to them would die of the disease than older people: only 47% of people aged 50 and older were concerned about this, while about 60% of people aged 18 to 34 were afraid of this.

But when the results of the survey were split according to race, the concern was markedly higher among coloured people at 70%, compared to other aged groups, of which around 53 to 60% were afraid someone close to them would die of Covid-19. More than half of News24 readers said they would have access to quality healthcare if they were infected with Covid-19. But the survey showed white people were far more certain of this than other races.

About 65% of white people said they would have access to quality healthcare if infected, compared to 52% of black participants.

More than 60% of those who were confident they would have access to quality healthcare were older than 50 – about 10% more than their younger counterparts. About 69% of News24 readers would vaccinate themselves and their dependents if they become infected with Covid-19, the poll showed. While the percentage of those who would vaccinate was in the high 60% across all age groups, it was Indian/Asian people who were more likely to do so out of all race groups.

About 81% of Indian/Asian people said they were likely to vaccinate, compared to 74% of coloured people, 69% of white people and 70% of black people. On Wednesday, another MAC member and dean of health sciences at the University of the Witwatersrand, warned the virus is likely to be around for a long time. Professor Shabir Madhi is leading a team of scientists conducting the first South African Covid-19 vaccine trial.

In a webinar with MyHealthTV.com on Wednesday, Madhi reportedly said there would be two or even three more Covid-19 waves, even into 2022.

He said the only real way of slowing the virus’ transmission was the behaviour of South Africans – mask wearing, social distancing and hand washing.

How we did it: