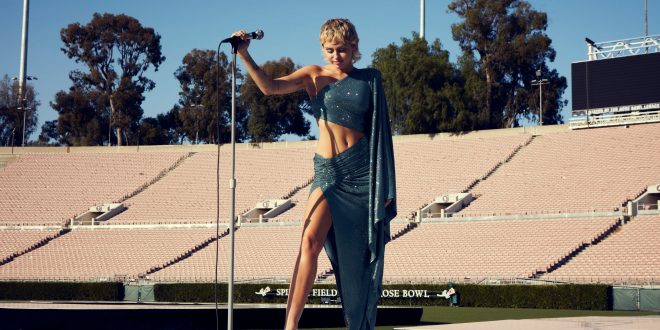 Country star Keith Urban played a concert for medical workers at a drive-in movie theater in Tennessee. (May 15)

“The year 2020 has come to be a defining period that has impacted all of us around the world in ways we could have never imagined,  host Dwayne Johnson said, explaining the intertwined forces that inspired NBC’s “Global Goal: Unite for Our Future – The Concert” on Saturday: coronavirus and systemic racism.

“As we’re doing our very best to process the unprecedented hardships this new virus can cause, we also continue to witness another ongoing disease that plagues our world for decades – centuries even: oppression and inequality,” Johnson said, calling George Floyd’s death at the hands of a Minneapolis police officer a “flashpoint.”

He continued, “In the face of both of these ongoing fights, we must recognize that the people living in poverty are the ones whose health is at greatest risk. It’s no surprise that they’re also the ones who suffer most when economies fail. Our Black Americans and people of color all around the world have been hit the hardest during these unprecedented times. Access to help is a fundamental right and we cannot and will not allow it to be dictated by income or race. Equality is a fundamental right that we cannot allow to be dictated by income or race. The future depends on what we do today. And today, we unite for our future.”

Like other benefit shows conducted during the coronavirus pandemic such as March’s “Living Room Concert,” the “Unite for our Future” concert took place remotely, with the participants beaming in from all over the country and world.

One message was constant throughout the broadcast: As Canadian Prime Minister Justin Trudeau put it, “To keep our citizens safe and restart our economies, we have to beat this disease everywhere.”

The leadoff performer, Jennifer Hudson, sang“Where Peaceful Waters Flow”  from the deck of a boat floating down the Chicago River, while the For Love Choir performed an a capella rendition of Beyoncé’s “Freedom” from a hilltop in Santa Clarita County, California.

“The power of women creates change. So let’s keep coming together to create that change – good change,” the Oscar winner said before launching into her stirring cover of the Gladys Knight and the Pips classic.

Other performers for the two-hour NBC broadcast include Shakira, Coldplay, Justin Bieber and Quavo, Miley Cyrus, J Balvin, Yemi Alade and Christine and the Queens.

Miley Cyrus, performing a countryfied version of The Beatles’ “Help” from the Rose Bowl in Pasadena, California, dedicated her set to “those who are tirelessly working on testing, treatment and vaccines so all of us can come together in places like this empty stadium again.”

Coldplay contributed a brightly hued video of their song “Paradise,” prefaced by a quote from Nelson Mandela: “May your choices reflect your hopes, not your fears.”

Gospel icon Kirk Franklin joined with Tori Kelly and Christian music duo For King and Country to perform “Together,” interspersed with photos and footage of the protests from the last month.

The original Broadway cast of “Hamilton,” whose final performances will premiere on Disney+ on Friday, contributed their virtual “Tonight Show” performance of the Schuyler Sisters-led “Helpless” with the help of star/creator Lin-Manuel Miranda and the “Tonight Show” house band The Roots and Tony winner Daveed Diggs.

“Hamilton” wasn’t the only reunion: Hugh Jackman reunited the original stars of the “X-Men” franchise after 20 years.

Now, you might be thinking, where there is Jackman, there is likely to be sabotage by Ryan Reynolds. And you’d be right. The “Deadpool” star looped in younger members of the “X-Men” franchise like James McAvoy and Sophie Turner, who apologized, thinking she’d logged into a “Game of Thrones” reunion.”

In a failed effort to keep her interested, Reynolds interjected: “You know, Tyrion Lannister was in an ‘X-Men’ film.”

They dedicated the video to the “true superheroes fighting for a safer, healthier, more equitable world.”

Billy Porter, who won a Tony for playing a drag queen in “Kinky Boots”  and an Emmy for FX’s LGBTQ period drama “Pose,” talked about knowing “what it’s like to be on the outside looking in. As if I’m only allowed to exist on the fringes of society. Yeah, I remember those times. But I don’t live like that anymore. I refuse to. From Miss Rosa Parks to Malcolm to Martin, as well as transgender activist Marsha P. Johnson, who boldly stood on the front lines at Stonewall in 1969. I’ll forever be grateful to those who fought for us to be where we are today. And it’s up to us to keep on fighting.”

He continued, “And now, during the summer of 2020, young activists have flooded the streets around the globe to continue fighting for justice for Black people, for the LBGTQIA community. The world is changing right before our eyes and it’s a beautiful thing to see.”

Supermodel-turned-actress Naomi Campbell discussed how “COVID-19 has laid bare the inequities of our broken social systems in our communities – especially the Black community and our communities of color.”  She added: “We are in this for the long haul and getting to the other side will require an ongoing and collective effort. There are no quick fixes. But if everyone of us steps up to help our brothers and sisters, we will all be the better for it.”

“If and when an effective vaccine is found – wherever it’s found, whoever finds it – then we, as global leaders have a moral duty to ensure that it is truly available to all,” said Johnson, who himself battled a severe case of COVID-19. “Because this pandemic threatens every one of us.”

“Westworld” star Thandie Newton narrated a documentary segment on the search for a COVID-19 vaccine — and the eventual challenges of distributing it to 190 countries worldwide.

“We must protect the groups that are most at risk like healthcare workers or people with existing health conditions,” Newton said. “Or those in refugee camps around the world where more than 70 million displaced people don’t have the option to socially distance.”

In a documentary segment titled “How We’ve Won Before,” Microsoft founder and philanthropist Bill Gates discussed how the world came together to eradicate polio.

“That’s what we want to see here with COVID: the world working together, helping each other, getting to the end of this disease,” he said.

Johnson returned near the end, noting, “With all of our backs up against the wall, an extraordinary silver lining has emerged: world unity. Unity formed in the face of a global health pandemic. Unity born in the face of racial injustice. The events of 2020 have shed a light on a path moving forward, exposing the incredible compassion and empathy that we’re capable of achieving when we stand united, active in the mission to normalize equality.”

Previous The US is more alone than ever, just at the moment the world needs its leadership
Next Covid-19: Apathy? Just 37% of News24 readers expect to be infected, News24/Ipsos poll finds | News24