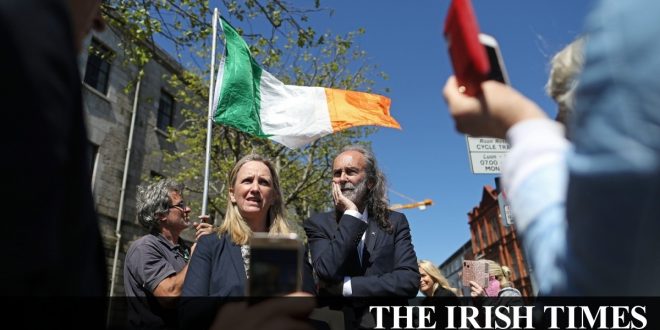 The High Court will rule on Wednesday on the application by John Waters and Gemma O’Doherty for permission to challenge laws introduced due to the Covid-19 pandemic.

In judicial review proceedings against the State and the Minister for Health, the applicants seek to have various pieces of recently enacted legislation relating to the virus, which they say are unconstitutional and flawed, quashed.

They also want the court to make a declaration the legislation is unconstitutional.

On Wednesday Mr Justice Charles Meenan, will decide whether the journalists have an arguable case entitling them to a full hearing.

The State, and lawyers acting for the Dail, Seanad and the Ceann Comhairle who were notice parties to the proceedings, have argued permission for judicial review should not be granted.

Their proceedings are also aimed at striking down temporary restriction regulations brought due to Covid-19 under the 1947 Health Act.

They claim the laws, and the manner in which they were enacted, are repugnant to several Articles of the constitution including rights to travel, bodily integrity and family rights . The claims are denied.

The two-day leave hearing, and earlier preliminary hearings, saw a large number of Gardaí around the Four Courts complex to ensure that social distancing regulations, which including limiting the number of persons that can attend court hearings, were maintained.