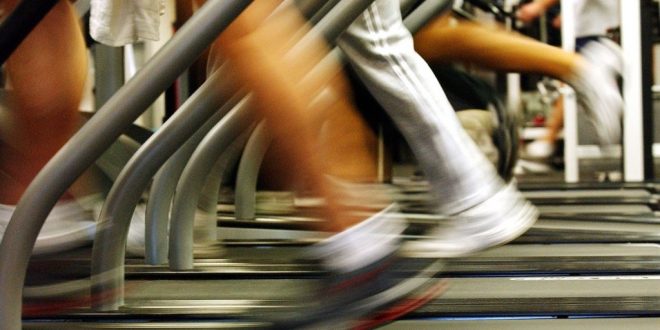 Covid-19 lockdown: United Gyms takes govt to court in bid to get back on the treadmill | News24 United Gyms and Fitness Facilities is taking government to court in a desperate bid to have gyms and fitness centres reopened during the lockdown.

LIVE | All the latest coronavirus and lockdown updates

Rudolph van der Westhuizen, chairperson of United Gyms, filed an urgent interim court application, asking the Western Cape High Court in Cape Town to order President Cyril Ramaphosa and several other ministers to temporarily include gyms (health and fitness clubs) in the amended regulations under Level 3, 2 and 1 of the national lockdown, as well as to reopen the facilities under strict health protocols.

In his founding affidavit, Van der Westhuizen argues that there are 1 036 gyms in South Africa, and other suppliers of goods and services that depend on them.

About three million people use gym facilities, while the industry injects approximately R21.8 billion per year into the economy.

Van der Westhuizen argued that gyms were dominated by small- and medium-sized enterprises which employ about 29 000 people, supporting a wide range of secondary industries involved in supplies and services to gyms.

He said, should these employees be retrenched, another R250 million to R300 million in claims could be added to the Unemployment Insurance Fund’s monthly bill.

He also argued that gyms attracted much-needed traffic to shopping centres and malls.

“A vast majority of the industry workers are parents who support their children from day to day. The prohibition on their services has arbitrarily, and without warning, cut them off from earning a livelihood, not only for themselves but also those dependent on them,” he said.

Van der Westhuizen said that, within a matter of weeks, an estimated 15 000 people lost their income and ability to support themselves.

“Many of the people in the industry have by now lost all access to any kind of money in order to survive. VA and Planet will confirm they are about to start large scale retrenchments on July 1. They (gyms) are unable to pay their rent or meet financial obligations and most urgent of all, they are running dangerously low on the ability to feed themselves and their dependents,” he said.

Government is yet to file responding papers.