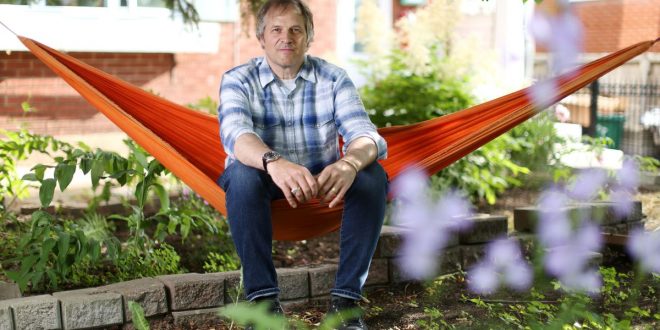 If a second wave of COVID-19 slams into Canada in the fall, doctors are planning to have freezers full of convalescent plasma ready to deploy as part of an effort to determine, once and for all, whether the straw-coloured liquid in the blood of survivors can help save the newly infected.

More than 500 Canadians who have recovered from COVID-19 have already donated their plasma to a clinical trial that aims to enroll 1,200 coronavirus-infected patients who are sick enough to be admitted to hospital, but early enough in their illness that a stranger’s antibodies might still have time to win a fight against the virus.

Peter Murphy, a 51-year-old project manager for a steel company in Ottawa, is one of the COVID-19 survivors hoping his plasma will be an effective medicine for the coronavirus patients who come after him.

“Even if they can’t necessarily use my plasma to specifically save somebody, they can use it to learn,” Mr. Murphy said of researchers. “That’s fine too. This is uncharted territory.”

It’s uncharted territory in the case of COVID-19, but not in medical history. As far back as the late 1800s, doctors have been experimenting with convalescent plasma as a treatment for viral and bacterial infections, including measles, polio, mumps and Spanish influenza.

The concept is simple enough: Transfuse the antibody-rich plasma of patients who have recovered or “convalesced” into freshly infected people whose own immune systems haven’t had time to start pumping out antibodies. It seemed to work during the Spanish flu pandemic of 1918-1919, when some studies – although crude by today’s standards – found that convalescent plasma cut the death rate for influenza pneumonia in half.

Convalescent plasma has since been used to fight SARS, Middle East respiratory syndrome (MERS) and Ebola with hints of success, but mixed results overall.

The picture isn’t any clearer for SARS-CoV-2, the virus that causes COVID-19. The only randomized clinical trial of convalescent plasma published to date was inconclusive; it was terminated early because doctors in Wuhan, China, ran out of patients when public-health measures brought the epidemic there under control.

In the United States, more than 20,000 people have received plasma from recovered COVID-19 patients with special permission from the Food and Drug Administration (FDA), although not in a randomized clinical trial with a control group for comparison.

Data from those U.S. patients show convalescent plasma is safe for use in COVID-19, said Jeannie Callum, the director of transfusion medicine at Toronto’s Sunnybrook Health Sciences Centre. “What we don’t know is, does it really do anything?”

That’s what Dr. Callum, one of three co-lead researchers, is hoping to figure out through the Canadian clinical trial, known as CONCOR-1.

Now is the best time for patients who survived Canada’s first wave to donate, said Dana Devine, chief scientist for Canadian Blood Services, which is collecting plasma for use in CONCOR-1.

“Your antibody level doesn’t stay high forever,” Dr. Devine said. “We need people to come now and do these donations so that we have plasma ready for the second wave.”

As of July 2, 125 recovered patients had donated their plasma to Canadian Blood Services, some more than once. Another 38 were booked to donate soon. In Quebec, 408 convalescent plasma donors made 897 donations as of June 22, according to Héma-Québec, the province’s blood authority.

That’s more than enough plasma to satisfy the need in Canada, where the first wave has ebbed and the number of coronavirus patients in hospital has plummeted.

CONCOR-1 had randomized 44 patients as of Thursday, two-thirds of whom received convalescent plasma, the rest regular care.

“At the beginning, our problem was a supply problem,” said Donald Arnold, director of the McMaster Centre for Transfusion Research in Hamilton, and another of CONCOR-1′s lead researchers. “Now we’re at the stage where we’re facing demand challenges because there just aren’t enough patients that need the trial.”

However, he and Dr. Callum are confident they’ll be able to finish the trial. If the coronavirus roars back in the fall, as most infectious-disease experts predict, they intend to have plenty of antibody-rich convalescent plasma ready to thaw and use against a disease for which only a few other treatments have shown any promise.

Peter Murphy’s first plasma donation is already on ice. He made it on May 16, about two months after the day he believes he caught the coronavirus from someone who came into his office for meetings.

The virus hit him “like a ton of bricks,” Mr. Murphy said. He experienced deep fatigue, extreme joint pain and the worst digestive upset of his life. He felt near-delirious at points. He spent 32 days in quarantine at home, sustained by food and supplies dropped off by friends and neighbours, some of whom he barely knew before his wife asked for help through a street-wide e-mail list.

“This thing, amazingly, really brought our whole street together,” Mr. Murphy said. “It was one of our neighbours down the street who first saw a post about the [convalescent plasma] study and sent it to my wife. It was like, well, this is a no-brainer.”

After his first donation, a sample of Mr. Murphy’s plasma was sent to a lab to be tested for levels of neutralizing antibodies, the kind that render the virus incapable of infecting cells.

Mr. Murphy’s plasma got the green light. Now he intends to donate every two weeks for the rest of the year. Each time he gives, his plasma will be tested for neutralizing antibodies, making him one of the relatively few Canadians who can access regular updates on the state of his body’s defences against the coronavirus.

That said, Mr. Murphy remains on guard. He knows the scientific jury is still out on how much immunity his antibodies actually confer, and how long that immunity might last.

“There’s no sense of invincibility,” he said.

Previous Trump-connected lobbyists reap windfall in COVID-19 boom
Next Covid-19 lockdown: United Gyms takes govt to court in bid to get back on the treadmill | News24