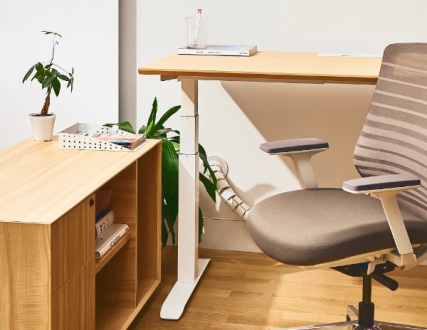 COVID-19 nearly killed this office furniture startup; turning to home offices may save it

A lot of U.S.companies have had near-death experiences in recent months. Among them is Branch, a 1.5-year-old, venture-backed New York-based startup that sells what it calls “exceptional office furniture, at half the price” — and which nearly went kaput because of the pandemic.

After generating roughly $800,000 in revenue in the first weeks of March, that number promptly fell to zero as people were asked to leave their offices and head home.

A small layoff at Branch followed — its 11-person team shrank to 8 people — along with some panic. Instead of throw in the towel, the startup retooled itself to sell home office furniture to the many employees who are now working from home and receiving a stipend to update their set-up.

The decision might just save the business. According to cofounder and CEO Greg Hayes, Branch is now selling directly to individuals, as well as working with Google, Shopify and other companies to outfit home offices for employees who may never work in an office five days a week again.

The startup already had some advantages over many more traditional office furniture retailers. Because it doesn’t work with middlemen, as do many high-end businesses like Herman Miller, it claims it can better compete on price. Hayes, who was previously head of portfolio strategy at the New York-based startup Breather, says Branch can “create 90% of the quality of best-in-class furniture for 30% of the price.”

From the start, the company has also promised much faster delivery than some of its rivals — think one to three weeks, instead of two or three months.

The reason, says Hayes, is process. While many incumbents have practices that can involve customizing parts and finishes specific to a transaction, made-to-order items can take a long time. That’s probably fine with companies that plan to occupy a space for five to 10 years and want things just right. Meanwhile, Branch’s pitch is to companies that prefer speed and flexibility and so don’t mind choosing from a smaller number of modular items — many components of which are the same throughout different products.

Indeed, speed and price are things that continue to appeal to companies no matter where their employees are.

You can imagine that they are proving important to people who are more newly working from home and do not have stipends, too — which is what has Hayes feeling optimistic about Branch’s prospects after its near-death experience.

“You never want to go through something like this [pandemic], but in a weird way, it has opened up a business that we wouldn’t have focused on, which is direct to consumer.”

The startup — which just this week began selling standing partitions to accommodate new office layouts —  can’t always assemble its items for its corporate and other customers as it once did uniformly. (Some are right now eschewing Branch’s “white glove service” and putting together their own desks and chairs out of an abundance of caution.)

But Branch says its manufacturing partners — two in the U.S. and three in China — are nonetheless being kept busy at the moment. In fact, Hayes says business is suddenly so brisk that the company’s most popular chair — a $279 ergonomic number —  won’t be available again until September. They can’t make it fast enough.

It’s a problem for a company that promises speedy service. But it’s one Hayes will happily take over the alternative. “Offices aren’t going away, but working from home isn’t going to be frowned upon anymore. ” Instead, he says, “A lot of white-collar employees will be working from the office just two days a week.

That Branch. can “now sell them two chairs has, strangely, been a gift to our own employees.”

Previous Covid-19 in SA: Death toll hits 1 284, cases at 58 568 as 1 million tests are recorded | News24
Next B.C. records its deadliest month for illicit drug overdoses in May