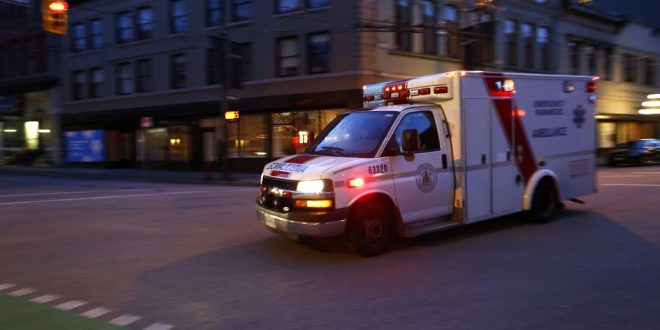 B.C. records its deadliest month for illicit drug overdoses in May

British Columbia has recorded its deadliest month for illicit drug overdoses, an increase that officials say is overwhelmingly the result of the global COVID-19 pandemic throwing drug supply chains into chaos and disrupting supports for people who use drugs.

In May, as the province cautiously lifted restrictions having flattened the coronavirus curve, a record 170 people died of overdoses, largely from “extreme” fentanyl concentrations in the drug supply, according to a BC Coroners Service report released Thursday.

The figures raise questions about whether efforts to rein in the deadly coronavirus have put people who use drugs at an increased risk.

While B.C. is the only province to have released up-to-date data on overdose deaths, available numbers on 911 calls, hospital admissions and overdose alerts suggest the same thing is happening across Canada.

B.C. chief coroner Lisa Lapointe called the grim tally “tremendously disappointing” in light of the measures the province has implemented over the past several years.

“Each one of those numbers represents a person who left behind a mom and a dad, a child or a sibling,” she said in an interview. “Just so many people impacted by these deaths.”

May’s figures, which work out to about 5.5 deaths every day, bring 2020’s death toll to 554. Since Jan. 1, 2016, more than 5,545 people in B.C. have died from an extremely toxic drug supply composed largely of fentanyl, with adulterants such as benzodiazepines and carfentanil.

Lockdowns, border closings and other measures implemented to stop the spread of the new coronavirus have severely affected the global illicit drug trade, disrupting supply chains and wreaking even more havoc on an already volatile drug supply. Producers no longer able to procure chemicals from usual suppliers have turned to new and unreliable sources, local officials have theorized.

The Associated Press reported in April that one of the main suppliers of chemicals used to manufacture drugs was in Wuhan, the Chinese city that was initially the epicentre of the COVID-19 pandemic. Wuhan was locked down for 11 weeks.

Meanwhile, COVID-19 safety measures, such as public messaging to stay home and avoid others, appear to have led to fewer people using overdose-prevention services.

In Alberta, where officials blamed the pandemic for delays in releasing provincial overdose data this year, opioid-related emergency medical services calls have spiked, reaching 550 in May. That compares with 182 in each of January and February, 257 in March, and 317 in April.

There were 302 visits to emergency departments or urgent care centres in Alberta in April, the most since August, 2019, which had 342.

In Ontario, which also has not yet released provincial overdose data this year, fatal overdoses in March, April and May are up roughly 25 per cent from the median in 2019, said Stephanie Rea, issues manager in the office of the chief coroner.

Eight out of the last 11 weeks saw “a higher than expected number of [overdose] deaths,” compared to three out of 10 weeks for the period prior to Ontario declaring a local state of emergency in mid-March, Ms. Rea said.

Toronto Paramedic Services responded to 25 suspected opioid overdose deaths in each of April and May – the most in a month since September, 2017, which had 27.

Donald MacPherson, executive director of the Canadian Drug Policy Coalition, said B.C.’s unrelenting overdose crisis is far past the point of responding to pilot projects and “tinkering around with a few prescriptions” for safer alternatives. A dramatic overhaul is needed to move drug use out of criminal law and into the health and social realm, he said.

“We’re at this moment where the Black Lives Matter movement is saying the only thing to do is not try and reform the police, but create something new. And there’s a parallel with the drug policy situation,” Mr. MacPherson said.

“We can’t make this current situation any better unless we tear it down – we burn the policy to the ground and start afresh. And that’s what people have been calling for.”

In B.C., which opened the door in March to prescribing safer alternatives to illicit drugs, 1,686 people have since been prescribed hydromorphone. Hydromorphone is a regulated opioid commonly used in palliative and acute care, and is offered as a replacement for heroin and fentanyl.

The program has had a bumpy roll-out, however, with many physicians reluctant to prescribe in part because of liability concerns. Provincial Health Officer Bonnie Henry said the province is working to “protocolize” the process so that people could access the program without necessarily having to see a physician for a prescription but did not have a timeline on when this might be available.

Ms. Lapointe, the chief coroner, said a regulated supply is “really the only way to prevent the deaths.”

“It is so, so critical in keeping people alive,” she said. “And, long-term, when people stabilize [with] regular access to safe supply, then maybe people can start looking at other options in their lives such as treatment and recovery.”

Ms. Lapointe praised B.C. health officials’ response to the COVID-19 pandemic and drew a parallel to the province’s overdose crisis.

“B.C. has had such wonderful modelling from our public health officials, with Dr. Henry and Minister [Adrian] Dix emphasizing calm and compassion and information as opposed to policing and enforcement and harassment,” she said.

“We really need to employ the same methods [for the overdose crisis]: kindness, compassion, understanding, information. It strikes me that with 170 deaths in one month, we really need to put some focus where we see the deaths occurring.”

We have a weekly Western Canada newsletter written by our B.C. and Alberta bureau chiefs, providing a comprehensive package of the news you need to know about the region and its place in the issues facing Canada. Sign up today.