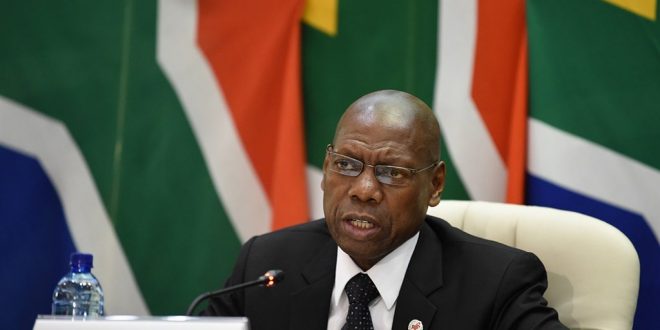 On Friday, in the Western Cape, Mkhize referred to an earlier warning, that the seemingly low rates of infection were the “calm before the storm”. He said there was scientific evidence showing that the number of internal transmissions was much higher than initially thought.

“This is the calm before the storm I was talking about.”

Read | Coronavirus in SA: All the confirmed cases

Confusion over the numbers, regularly amended regulations, and the concerns about the economy have left experts and the general public like increasingly anxious.

Addressing the media on Friday, Mkhize said there was a need to target informal settlements and densely populated areas for testing, to obtain a proper indication of the virus’ spread.

“We’ve noticed, there’s quite an indication of the spread for the virus into the townships, into informal settlements, into densely populated areas, which really creates a new dynamic in the management of the outbreak. Therefore, when we said that we are going to scale up testing, those are the areas we are going to be starting with,” Mkhize said.

As infection rates around the world continue to rise, a new antibody test having been approved by the US Food and Drug Administration (FDA), The Lancet reported.

An antibody test is vital for experts to understand exactly how widespread the pandemic is in a certain area and to establish how long a person is immune against the virus after infection.

One of the first trial vaccines is reportedly being tested on animals and could move to human trials soon. It is being conducted by Moderna Therapeutics in Massachusetts, in the United States.

Read | Over 17 00 people arrested since lockdown kicked off

Closer to home, authorities are scrambling to get more tests to more people, as fears of community transmission rise. This week, health minister Zweli Mkhize warned – once at the launch of mobile testing kits in Johannesburg, and again in the Western Cape, that the real number of cases could be exponentially higher.

But there is some confusion over what the figures mean, because the rate of infections has sometimes slowed down, not going up. It has led to careful speculation that the lockdown is working, and the virus’ spread is being contained.

But Mkhize urged caution over the dipping infection rate and said that the picture could change once testing is more widely rolled out and the true number of infections, especially in densely populated areas, is known.

Until now, public and private laboratories, have struggled to keep up with the demand for testing. The latest figures released by the health department revealed that about 50 000 tests have been done, and that about 6000 of these had been done by the public health laboratories of the National Health Laboratory Services (NHLS).

That number is high, but it is a far cry from what the NHLS is supposed to be capable of. Mkhize and the CEO of the NHLS, Kamy Chetty have both said the NHLS is capable of processing 5000 tests every 24 hours.

Read | EXPLAINER: What is Covid-19 contact tracing and how does it work?

This has widely been misconstrued to mean that the NHLS is performing at that level, now.

Even if Mkhize and Chetty intended to tell the public that both public and private labs were testing 5 000 people a day, News24’s calculations show that would be impossible. Since March 5, all the laboratories combined have only tested more than 5 000 samples in one day, once – on March 27.

But based on what Mkhize and Chetty said, the department’s numbers show that, at only 6 000 tests performed so far, the NHLS is not performing at anywhere near its potential.

Enter over 60 new screening, mobile vehicles, unveiled by Mkhize on Wednesday night. But only a fraction of these are ready to be deployed now. Worse, the rapid testing kits that are supposed to be used by them have not yet been procured.

These vehicles also do not do Covid-19 on-the-spot, but rather screen people for the presence of a coronavirus antibody, and the samples are then sent to the labs for testing.The slow rate of testing has partially been because of the difficulty of procuring the testing kits and other equipment needed to test widely for the virus. South Africa is one of several countries queuing to purchase this vital equipment, as well as protective gear like masks and gowns.

The State of New York in the United States is now paying up to fifteen times the normal price for medical equipment, Pro Publica reported on Friday.

“The demand for the goods from other countries is also a factor that contributes to these difficulties. We have to purchase these using foreign currency. The more the rand depreciates the more it limits our ability to purchase these items,” he said.

Some economists are worried that a depression is on the cards for SA. Senior current and former government officials told News24 that government’s kitty is empty, thanks to years of corruption and mismanagement.

Read | Will it be enough? Inside South Africa’s plan to ramp up coronavirus testing

And that is not the worst of it: millions of people who work in the formal economy will likely lose their jobs. Government backtracked on initial plans to ban informal traders.

Among formal workers, there has been a huge demand for Unemployment Insurance Fund benefits already and, as one expert explained to News24 this week, anyone who has tried to access their UIF benefits under normal circumstances knows that it is easier said than done.

A lack of clarity over the sale of cigarettes and the number of passengers taxis can carry at one time has added more confusion to workers and employers alike.

Previous Innovation in a crisis; businesses respond to Covid-19
Next Sydney beaches packed despite warnings to stay home during coronavirus pandemic