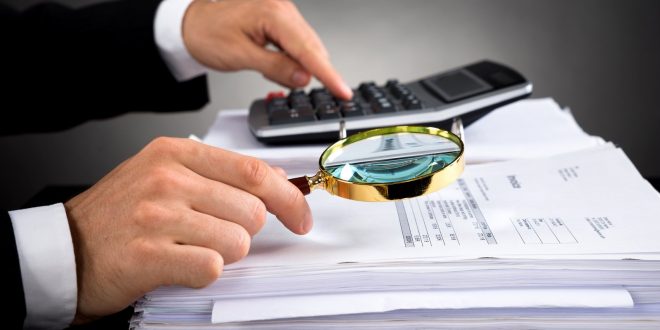 Innovation in a crisis; businesses respond to Covid-19

Necessity is the mother of invention and there’s no time like a crisis or a recession to force a business to look very frankly at its future strategy and consider where it’s going to be when the storm has passed. The pace at which the ‘corona crisis’ has hit has required many businesses to be very nimble in their response at a time when the mantra ‘innovate or die’ has never been more relevant. Plenty of Irish SMEs – as well as companies that are not so small – have stepped up to the challenge and are diversifying their offering to cater for new consumer demands, or have completely refocused their enterprise in order to survive.

What happens when your revenue base almost completely dissipates overnight? That was the experience of the ticketing platform, Tito. It caters for organisations of all sizes that are holding events that require ticket sales. Among its large commercial clients are the likes of Web Summit, C2 Montreal and CogX. Tito has processed up to $500 million worth of tickets since it was created over half a decade ago. Its business model is based on charging a percentage of the proceeds. However, its revenue base fell by 80% following the onset of coronavirus and the subsequent mass cancellation of conferences and group gatherings.

Tito founders, Paul Campbell and Doc Parsons, responded by establishing Vito – an e-conferencing platform which hosted its first conference this week. Appropriately, it addressed the topic of helping business owners to bounce back following the impact of Covid-19.

“After speaking to numerous event organisers, it became clear there was a need for e-conferencing software that would enable events to operate without losing that community spirit. The aim of Vito is not to replicate in-person conferences, but to compliment them once the impact of the pandemic dies down,” he added.

The closure of bars and restaurants has not only left service outlets with a steep fall off in revenue, it’s also resulted in the laying off of thousands of staff, in what’s hoped will be be a temporary situation. Businessmen Sebastien Conway, Tim Cole and Doug Leddin of Wing It restaurants and Ohana bar established a new online grocery shopping and delivery portal, creating ten jobs for laid off workers from the hospitality and events industry. It aims to create at least 20 more posts in the coming weeks.

With large retailers experiencing delays in deliveries, due to the sheer volume of online shopping orders that they’ve received, StuffUNeed.ie is stepping in to the market to deliver goods to consumers’ doors in the capital via contactless delivery. It has a range of local producers on its books, who may be finding it difficult to sell their goods at the moment as some of the outlets they supply may be closed during the pandemic. The platform seeks to reconnect these businesses with their existing customer base.

“We recognise that social distancing has made regular grocery shopping difficult for many,” Sebastien Conway, co-founder of StuffUNeed said.

“Our aim with this site is to offer an additional grocery delivery option, lessening the need for people to leave their homes unnecessarily, while also giving producers a new platform to continue their trading,” he added.

It’s seeking more local producers to get involved. (Contact suppliers@stuffuneed.ie). Currently, the start-up’s operations are confined to the South Dublin area but they’re hoping to expand this.

A surge in social enterprise

Collaboration is not confined solely to the commercial space. Charities and enterprises have come together in an innovative way throughout the crisis to keep businesses ticking over and to do some social good. Feed The Heroes was initially established with the aim of raising €1,000 to buy meals for frontline workers in the battle to contain the worst effects of the coronavirus. An overwhelming response from the public saw the fund growing to €550,000 in two weeks, resulting in the delivery of 18,500 meals to frontline teams in testing and contact tracing centres as well as to hospitals and ambulance services.

“We have been completely blown away by the response of the Irish people,” Feed The Heroes fund founder, Cian O’Flaherty said.

“More than 11,300 Irish people have contributed, from a 7 year old donating €5 of their pocket money to a €20,000 donation from Republic of Ireland international and Everton football player, Seamus Coleman.

However, recent developments have had an impact on one well established social enterprise which, in some ways, becomes a victim of its own success in times of crisis. FoodCloud, which redistributes surplus food from retailers and other outlets to communities in need, has issued an emergency appeal for food and funds as demand for its services has grown in recent weeks. On top of that, it’s had to contend with reduced availability of volunteers, owing to the restrictions on personal movement, as well as a 50% reduction in surplus food donations from supermarkets because of the enhanced consumer demand for groceries in recent weeks.

“We’re preparing to meet the additional demand for food parcels by establishing new partnerships with community organisations that will support the changing needs of communities across Ireland,” Iseult Ward, CEO of FoodCloud said.

“Through these partnerships, we’re strengthening our support for families whose children normally get free school meals, the elderly with underlying health conditions and those who need to self-isolate,” she added.

The crisis has also seen an acceleration in the delivery of technologies that were being developed for the concept of remote working and virtual meetings. The educational technology company, Olive Group, for example, brought forward the launch of its online training platform, a €5 million project it’s been working on to enable remote staff learning, upskilling and regulatory compliance. It said it was launching the new platform early as there was a demand from organisations who are struggling to train staff as coronavirus restrictions end face-to-face training in the current environment. The company anticipates that demand for its service will continue as the physical distancing constraints are lifted and staff eventually return to their work places.

“Organisations are turning to e-learning en masse. It’s a time-efficient way to train employees. By using engaging, immersive technologies such as virtual reality, it helps them to retain key information that they can apply on-the-job.”

The crisis has also seen more traditional industries exploring digital channels in order to keep business going and to keep sales ticking over. One of Ireland’s longest established car dealerships, Windsor, has seen prospective buyers flocking to its digital platform while its car showrooms are temporarily closed.

The dealership invested €1 million in the development of its online sales platform in 2018, but it’s seen a spike in traffic in recent weeks. It’s now facilitating customers to buy and finance cars online and to arrange for a contactless delivery.

“The existing restrictions that apply to the motor industry mean that we can not deliver the car until our showrooms reopen but that reality has done little to deter interest from online buyers,” Peter Nicholson, Managing Director of Windsor said.

The company believes the desire for a sanitised and contactless handover will remain after the initial restrictions are lifted and it’s catering for this expected demand.

Another industry from the ‘traditional’ sphere that’s embracing the digital realm in order to conduct business while restrictions remain in place is real estate. A report from the property group myhome.ie earlier this week suggested that the market could be reduced to a few forced sales over the coming weeks as restrictions around the movement of people are enforced. That presents a challenge to the industry which has had to respond with imaginative solutions. The auctioneering group, Savills, developed a dedicated website over the last two weeks, which enables prospective buyers to view and purchase a property online.

The site, which only features properties in Dublin at the moment, allows viewers to examine a home virtually through the use of 3D technology. It also has a live chat feature, allowing visitors to ask agents questions, as they would do if they were attending an open viewing. The purchase of a house can also be facilitated through the signing of electronic contracts.

The system might be attractive to individuals who are already mortgage approved or for cash buyers. The author of the myhome.ie report, Davy economist Conall MacCoille, suggested that banks were becoming a bit more stringent in their vetting procedures and were tightening the criteria under which they were approving mortgages at the moment.

Making the most of Easter

Given that the current restrictions are in please at least until Easter Sunday, the people behind the very successful Paddy Box spotted a gap in the market and developed the Easter Box.

The Paddy Box was developed as a business in 2017, facilitating customers to send a selection of Irish products to friends and family around the world in a gift box. They generally include Irish staples such as Barry’s Tea, Ballymaloe Relish and, of course, Tayto. The concept has spawned a range of side products such as ‘the Mammy Box’, ‘the Brekkie Box’ and now ‘the Easter Paddy Box’.

“It’s priced at €49.95 and includes a selection of Cadbury eggs and Butlers chocolates. There is also a Mammy tea towel with a quintessential Irish mammy slogan like ‘Turn off that Immersion,” Mark Loftus, Founder of The Paddy box explained.

“The boxes are selling well all over the world with customers adding special and emotional notes to loved ones they are missing during this difficult time,” he added.

In keeping with the spirit of the times, the company has waived postal charges for delivery in Ireland for the time being.