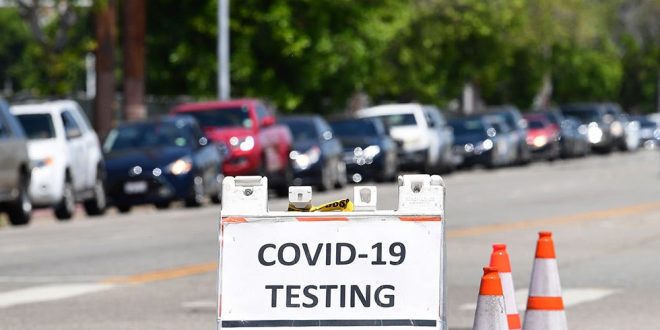 The coronavirus is spiking across more than a dozen states, but many governors are signaling they have no interest in bringing back restrictive stay-at-home orders almost regardless of what happens.

Even governors with detailed metrics for reopening have shown little appetite to plan for the inevitable virus surges. Public health experts say there are less drastic measures to take than reimposing lockdowns, but as the virus rages, they warn time may be running short.

The average number of confirmed cases over a two-week period has doubled or more in Arizona, Arkansas, Oregon and Utah. South Carolina, Nevada, North Carolina and Florida have all set new highs over a seven-day rolling average.

Fewer than a quarter of intensive care unit beds in Alabama and Georgia are available. California, Mississippi and Arkansas are all also reporting record levels of hospitalizations.

In Texas, the number of people hospitalized with coronavirus has grown more than 40 percent since Memorial Day. There are currently more than 2,000 people hospitalized, an all-time high in the state, but Gov. Greg Abbott (R) is moving ahead with easing even more restrictions.

Arizona’s top health official has urged hospitals to activate their emergency plans. The numbers of hospitalizations, cases, and deaths have been rising sharply for two weeks, and are at an all-time high.

“The data are compelling in our state. Things are getting worse, fast,” said Will Humble, director of the Arizona Public Health Association, and former director of the state’s Department of Health Services.

“If nothing changes we’re going to end up with field hospitals, or another stay-at-home order, or both. But it doesn’t have to be that way,” Humble said.

Humble accused Gov. Doug Ducey (R) of deliberately ignoring the worrisome trend in order to focus on the state’s economy.

The governor’s stay-at-home order expired on May 15, and was not replaced by anything binding. Bars, restaurants, gyms, spas and movie theaters all re-opened, in many cases without even a mask requirement.

During a recent press conference, Ducey said the state is focused on protecting people most at risk, but everyone else should be allowed to “participate in the opening of our economy.”

Ducey said the rising numbers were expected, and are the result of additional testing, not the lifting of restrictions.

That viewpoint has been echoed by other governors across the country, who contend an uptick in cases does not necessarily correlate to reopenings.

Officials have also generally been hesitant to pause reopening measures after the crippling economic effects of lockdowns that kept businesses closed and people at home.

“Our data in Arkansas tells us that the growth rate in cases is not the result of lifting restrictions,” Gov. Asa Hutchinson (R) told reporters this week, adding that the state has been testing more people, so there should be an increase in cases. Restaurants, gyms, and salons, are all taking precautions, he said.

Arkansas first opened non-essential businesses on May 4, with some occupancy limits. Hutchinson said those limits will be increased as the state’s reopening continues next week.

In South Carolina, which was one of the first states to reopen businesses and has seen a precipitous rise in coronavirus cases, health officials this week exhorted the public to continue wearing masks and following physical distancing recommendations.

But the joint statement from state health officials did not mention a risk of re-imposing restrictions, or any other plan to address the continued rise in infections.

Public health experts contend that case spikes are inevitable, but the solutions don’t have to involve locking down an entire state again.

“It’s not a given that lockdowns will be needed, but if a state is unable to get on top of an outbreak” there may not be a choice, Kates said.

In Virginia for instance, Department of Health officials told The Hill that if there’s a case surge, they may ask hospitals to reduce or put a hold on elective procedures in order to preserve capacity and personal protective equipment.

If outbreaks are happening in schools in a particular community, the state “may need to consider a temporary, short term closure of schools in certain areas.”

If there’s a “sustained increase” for a week or more, only then will the state possibly reimpose stay at home orders or restrictions on some businesses, health officials said.

In Arizona, Ducey on Thursday told reporters he would consider reducing elective surgeries if hospitals were struggling to handle a surge of coronavirus patients, but stressed the state wasn’t at that point.

Kates said lockdowns were a “blunt instrument” meant to buy time for states and communities to build up surveillance and contact tracing capacity, so they would be able to quickly respond to any virus flash points once they reopen.

“Not every state has done this, and that’s what’s concerning,” Kates said. “It’s an open question if states that are seeing these increases are really prepared.”