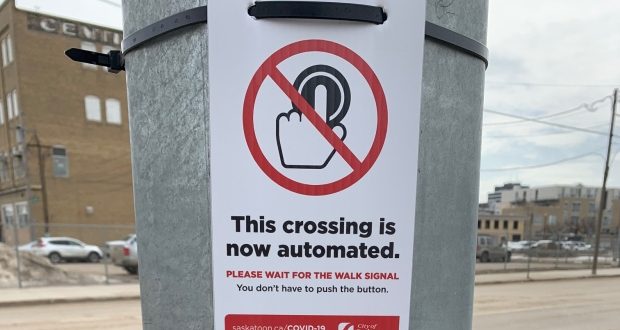 COVID-19 updates for Saskatoon and area for Monday, May 11

SASKATOON —
Check back throughout the day for the latest on COVID-19 in Saskatoon and area.

If you’re concerned you might be infected with COVID-19, the Saskatchewan COVID-19 self assessment tool is a helpful resource.

Here’s advice on how to practice physical/social distancing and how to properly self-isolate at home.

Four new cases in province, all in La Loche area

All of the new cases are in the La Loche area, according to a press release.

There are a total of 568 cases in the province. Of those, 199 are considered active.

Vaccine could be ‘plant-based’

A local firm specializing in medical cannabis science is lending its expertise to the University of Saskatchewan-based VIDO-InterVac research lab’s quest for a COVID-19 vaccine.

The lab, which received 23 million dollars in federal funding in March to aid its COVID-19-related research, recently moved into animal trials as part of its research.

Now, Saskatoon-based ZYUS Life Sciences is working with researchers at VIDO-InterVac to help create the vaccine which could potentially be “plant-based” according to the company.

As part of its “surge” planning rolled out last month, the Saskatchewan Health Authority has temporarily suspended emergency services in Preeceville.

In early April, the SHA announced a plan to handle a surge in COVID-19 cases which included potentially creating field hospitals in Regina and Saskatoon.

For the first time in its 135-year history, the Saskatoon Exhibition has been

cancelled due to COVID-19.

The summer fair is one of the marquee events for Prairieland Park, with around 215,000  people taking part each year.

But in light of the pandemic, and to avoid the potential for the virus to spread, the decision was made not to hold it this year.

Opposition calls for legislature to reconvene

The Saskatchewan NDP is once again calling on the premier to return to the legislative assembly.

Opposition leader Ryan Meili sent a letter to Premier Scott Moe on Monday to ask to “reconvene the legislature immediately.”

Last month, Meili said returning to the legislature would “restore democratic oversight” during the pandemic.

The legislative assembly was suspended on March 18, the same day Moe declared a state of emergency in Saskatchewan.

Tourism Saskatoon is asking city hall for a one-time marketing investment of $150,000 to help it adapt to a post-pandemic tourism landscape.

Todd Brandt, CEO of Tourism Saskatoon, submitted a letter to the city’s finance committee on Monday, requesting the investment to “prime the pump” so Tourism can adapt to the new reality of post-COVID travel.

The city’s finance committee expressed support for the request, but, given the state of the city’s financials projecting multi-million-dollar deficits depending on how long the pandemic continues, councillors recommeded sending the funding request to administration for a closer look at what the city can afford.

On Sunday the province said there were 1

Nine of the new cases were found in Saskatchewan’s far north, with three of the cases in the La Loche Area.

With the 11 new cases, the total number of cases in the province sat at 564 with 209 of the cases considered active.

Of the active cases, 156 are in the province’s far north, largely concentrated in the La Loche area.

As of Sunday, 12 people in Saskatchewan were in hospital due to the virus, with four of the patients requiring intensive care.

On Saturday, the province announced a

and the private off sale in La Loche.

The move came after a request by the community to close down the village’s liquor store to prevent people from leaving their homes and gathering.

Also a Saskatoon family physician started a fundraiser on Thursday aiming to raise $15,000 to help send supplies to the northern community and by Sunday, the GoFundMe had already received more than $38,000.

A little more than two hours after opening on Mother’s Day, Carla Scharbackowner, owner of Blossoms flower shop in Saskatoon

was forced to close

for the day after selling out.

for Grade 12 students missing out because of the COVID-19 pandemic.