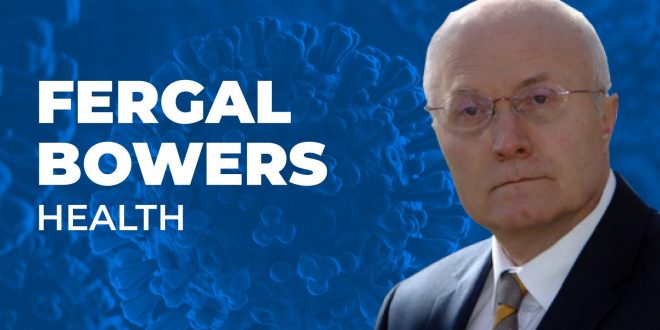 Dangers lie ahead in our descent from Covid-19 peak

We have exited the wartime status with coronavirus. So good so far. But there is a need to remain vigilant and everyone must be prepared for the unexpected.

Success and setbacks are part of life and this health emergency is unlikely to be any different.

Thankfully, Covid-19 is no longer a source of widespread transmission in the community here – but that could change if behaviours change, and people do not adhere to the remaining restrictions.

At least now there is something to look forward to – the start of phase one of the reopening of Ireland from next Monday.

This has been a long time coming. It has been a difficult journey to reach this point. And no one wants to go back to the start again.

From Monday, the country embarks on a new road as we try and escape the grasp this virus has held on us all. It’s been over 11 weeks since the first confirmed case here, but it feels like much longer.

During the week, I came across a book that I first bought back in 1986. The Plague is by French journalist and writer, Albert Camus. It has many remarkable parallels with these times.

It’s a true story about a plague that afflicted the French-Algerian city of Oman, in the 1940s. The plague in question was brought by rats and the city went into lockdown. The authorities segregated certain areas and permitted only those whose services were indispensable to cross the cordon.

Sound familiar? In the book, Camus writes about funerals and how the most striking feature was their speed, with formalities whittled down and the customary vigil beside the deceased forbidden. So we have been here before, on a smaller scale. The Plague won the Nobel prize for literature in 1957. It’s well worth a read. I was also reminded of Camus’ everlasting line of hope, about being in the depth of winter and learning that there was in him “an invincible summer”. Not unlike one of Seamus Heaney’s famous lines.

Our summer is still ahead and hopefully it will be one to enjoy. But this will not be a normal Irish summer, if there ever was such a thing!

One of the imponderables is how will coronavirus operate in warmer weather? Will the spread diminish, as with influenza at this time of year? Covid-19 is a new virus and even the experts do not know how it will act over the summer.

It is unlikely the virus will survive for long on hotter surfaces. Of course, in summer, more people are outdoors, mixing more. But even as restrictions are lifted further, social distancing and changed behaviours should limit the circulation of Covid-19.

If everyone abides by what is advised.

The establishment of the new Dáil Committee on Covid-19, under the chairmanship of Independent TD for Clare, Michael McNamara, will bring a new dynamic to things next week.

First up in the hot seat on Tuesday will be the Chief Medical officer, Dr Tony Holohan and the HSE chief, Paul Reid. The basis for the health advice under which the country has been required to operate to date will no doubt be heavily probed.

There will also be an examination of what happened in nursing homes. A recent census of mortality has provided some insight into deaths in long term care facilities. In the four weeks to 19 April, the number of deaths was reportedly double that of the same period last year.

The establishment of the new Dáil committee on Covid-19 will bring a new dynamic to things next week. First up in the hot seat will be the Chief Medical officer, Dr Tony Holohan and the HSE chief, Paul Reid. The basis for the health advice under which the country has been required to operate to date will no doubt be heavily probed.

If the experience of the recent Health and Public Accounts Committees are anything to go by, the Covid-19 Committee is likely to involve a robust process. It will also result in the publication of all documents, like emails and minutes of any meetings, involving the HSE, Department of Health and related agencies.

It will be part of the valuable democratic scrutiny, of all decisions and advice, relating to surely the biggest issue to ever affect Ireland – and indeed the world – in living memory.

Some weeks ago here, I wrote about the tensions between the HSE and the National Public Health Emergency Team and the Department of Health. Those tensions were confirmed in letters published late last week by the Department on its website.

The letters involved communications between the HSE chief and the Secretary General of the Department of Health and the chairman of the HSE and the Minister for Health and others, too.

The principal concern related to a statement made by the Dr Holohan at press briefing about the HSE’s testing capacity, when the HSE says these matters had not been agreed.

Also last week, we finally saw the publication of the HSE’s Covid-19 Testing and Tracing Plan, but not with the full costings. At the end of last week, the testing process was taking about five days, in 85% of cases. Under the new plan, the aim is to reduce this – from Monday – to three days, in 90% of cases.

The remaining 10% of cases take longer, as they are said to be more complex in terms of contact tracing. 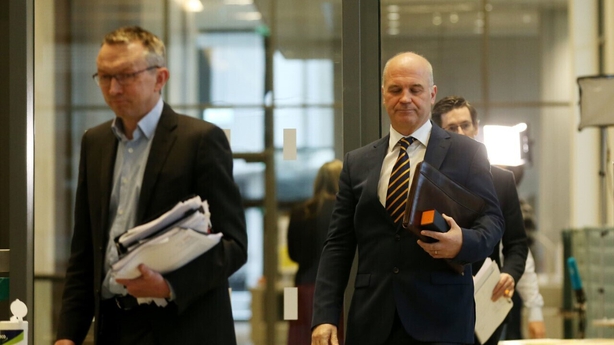 There was a reminder during the week, too, from Dr Colm Henry, the HSE Clinical Lead, for the public to remember that a ‘close contact’ is someone who has been in contact, within two metres, for 15 minutes or more, with a confirmed case.

There were also some important positives, in terms of testing. The positivity rate for tests was down to just over 3%. If that remains the case, experts say there would be little benefit in widespread indiscriminate testing of people at this point.

There is also hope for antibody testing in the month ahead. Any antibody test would have to be validated first and given ethical approval for widespread use and have a European CE mark, meaning it conforms with health, safety and environmental protection standards.

The indications are such a test could be available sometime next month. This will be an important tool in establishing if people have been infected and also in getting a sense of how many people were infected but had no symptoms.

We also heard during the week about the impact of Covid-19 on the mental health of the nation. In particular, St John of God Hospital reported an increase in mood and anxiety disorders, addictions and issues relating to social isolation, all resulting in increased admissions.

The past few months have not been easy for anyone with mental health issues. For those with alcohol problems, Covid-19 has also affected the holding of physical AA meetings – the lifeblood for many battling to take it one day at a time.

Some people working from home, or at work in a difficult environment due to the risk posed by the virus, have also been under strain. This virus has played havoc people’s physical, mental and spiritual well-being. It’s an aspect that the health system will need to be ready to deal with over the months ahead.

The pressure within hospitals treating coronavirus has eased. The number of people admitted to beds with confirmed or suspected Covid-19 reduced all last week. 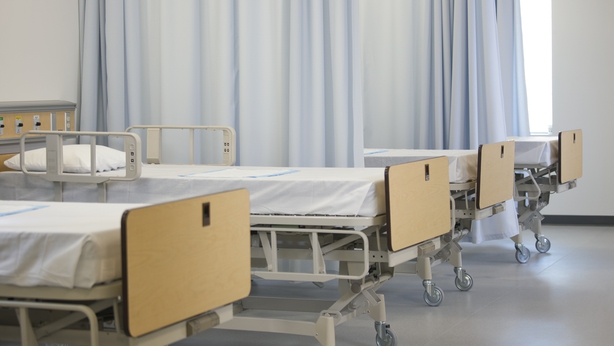 Hospitals are slowly getting back to prioritising certain non Covid-19 care, in areas like cancer and time-dependent surgeries. It will take some time to reduce the backlog, give how big public waiting lists were before the emergency.

Hospitals have been severely disrupted due to coronavirus. Except  for essential care, most outpatient appointments and procedures were postponed early into the crisis. These will need to be rescheduled, but in a changed environment now, with the Covid-19 risks ever present.

Strict visiting restrictions have also been in place since the outbreak, which has added to the strain on families visiting loved-ones in hospital and nursing homes too.

There has been a huge knock-on effect on the private health system, with appointments and treatments cancelled there too. Given that over two million people here have private health cover, and that for now, around 19 private hospitals remain ‘public’ facilities, this must be a concern as regards delayed care.

The deal between private hospitals and the State is for three months, with an option to extend for two months. Thankfully, the Covid-19 surge never came during this first wave. The capacity of the private hospital sector was secured as a precautionary measure, in case the beds, staff and diagnostics were needed had the public system been flooded with cases.

There has been a huge knock-on effect on the private health system, with appointments and treatments cancelled. Given that over two million people here have private health cover, and that for now, around 19 private hospitals remain ‘public’ facilities, this must be a concern as regards delayed care.

Now that the situation has eased somewhat, it looks like the private sector will be used to help reduce the lengthening public waiting lists. In March, the number of people waiting to be seen at a clinic or waiting for a treatment was over 770,000.

For as long as Covid-19 is with us, it will not be possible to return to a situation whereby emergency departments, or outpatient clinics, are packed with patients.

During the last week, the Irish Association of Emergency Medicine warned that Emergency Departments will need to be upgraded, to protect patients and staff, to ensure safe distances can be observed and that there can be good segregation and isolation of patients. Sufficient staff will also be needed, as well as more time to put on and take off personal protective equipment.

There will also be a need for rapid access to diagnostics and fast decision making, as well as sufficient  vacant beds, for speedy transfer of patients who need admission. This is not something the health system has been able to deliver in the past. But these changes will be forced upon it for reasons of life and death. The public will demand it.

So we are entering a new phase and coming down from the peak of the Covid-19 emergency here. It’s a welcome relief of sorts. But there are always dangers in descent.

Risks await us, if we are not surefooted. What lies in wait on the long route ahead, is unclear.  And as for this journey we have been taking together –  the exact destination remains unknown.