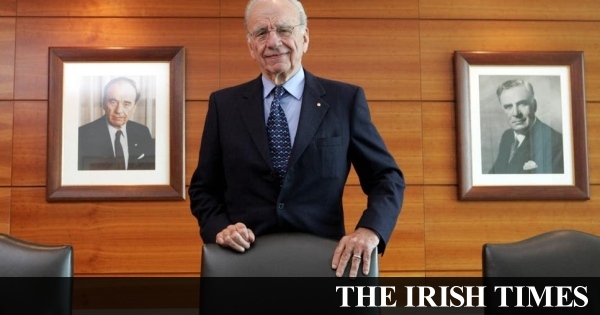 Don’t blame Rupert Murdoch for Covid-19. But everything else …

Rupert Murdoch can’t be blamed for coronavirus. But many of the rest of the world’s ills tend to be laid at the feet of the Australian media mogul, according to the opening hour of this brisk and gossipy assessment of his life, times and lasting impact (BBC Two).

There is US president Donald Trump, vaulted into the White House with the backing of Murdoch’s Fox News. And Brexit, of course – the fever dream of Murdoch’s Eurosceptic London tabloids made flesh. Even the invasion of Iraq receives a mention, with Tony Blair portrayed as marching into the desert hand-in-hand with Murdoch’s warmongers on Fleet Street.

A Shakespearean bathos hangs about it all. Especially when you add a dysfunctional family which Murdoch apparently enjoys playing off one another. And the much younger new wife, Wendi, who at least one of his grown-up children seemed to believe to be a spy. (We’re not calling her one!)

If it wasn’t all true, someone would have to make a HBO satire about it.

In fact, they HAVE made a HBO satire about it. But watching the Rise of the Murdoch Dynasty it quickly becomes obvious that Succession – in which Brian Cox turns the air toxic portraying Murdoch-adjacent tycoon Logan Roy – isn’t half as bizarre as the real-life circus.

Nor as menacing. This is spelled out at the very start as we see then leader of the British opposition Tony Blair arriving at a Murdoch business retreat in 1995 to offer tribute and persuade Murdoch to back New Labour.

Murdoch is won over, but at what price? He seems to have had the keys to Downing Street and could apparently call upon Blair at a whim. Nigel Farage, who reveals that he checked with the big man whether it was okay to be interviewed by the BBC, claims that Murdoch prevented Blair from signing up to the euro. Without that intervention, continues Farage, Brexit would have been impossible

This is chilling, as is a scene recollected by News of the World deputy editor Neil “Wolfman” Wallis, in which Murdoch marches into his office and declares a front page supporting Blair against John Major isn’t sufficiently propagandist.

“You’ve got this totally wrong,” Murdoch tells him. “We are not just backing Tony Blair. We are gonna back the Labour Party and everything it does in this campaign 200 per cent. And you’ve gotta get this right.”

Genuine bombshells are thin on the ground it’s true, and the documentary functions best as a beginner’s guide to Murdoch and his empire (the phone hacking scandal is saved for a later instalment). One particular weakness is the rogues’ gallery of interviewees, many of whom – Piers Morgan, Alastair Campbell, Andrew Neil, for instance – are on TV too much as it is

“There is this dance with the devil that some in the Labour Party were worried about,” says Campbell at one point, recalling his time as New Labour spin doctor.

“You’ve got a wild dog in the corner of the room. It’s there the whole time – you just want to keep it quiet.” The contrary view – one put forward by the Rise of the Murdoch Dynasty – is that Murdoch is actually a big bad wolf and that, in the end, he had Blair and his legacy for breakfast.